Penn in Latin America and the Caribbean (PLAC) Initiative

Penn Students:  If you have any interest in journalistic story-telling – through print, video, or other means, you may be interested in applying for this terrific fellowship that is a collaboration between Penn and the Pulitzer Center for Crisis Reporting.  Winter break is a great time to consider this opportunity.  Applications are due February 1, 2021.  Click here to see what Penn Student Reporters have done in the past. Note that many had absolutely no prior journalism / reporting experience; one of the great values of the program is the mentoring you get from the Pulitzer Center / professional journalists.  More information follows.

LEARN MORE ABOUT THE PROGRAM AND HOW TO APPLY 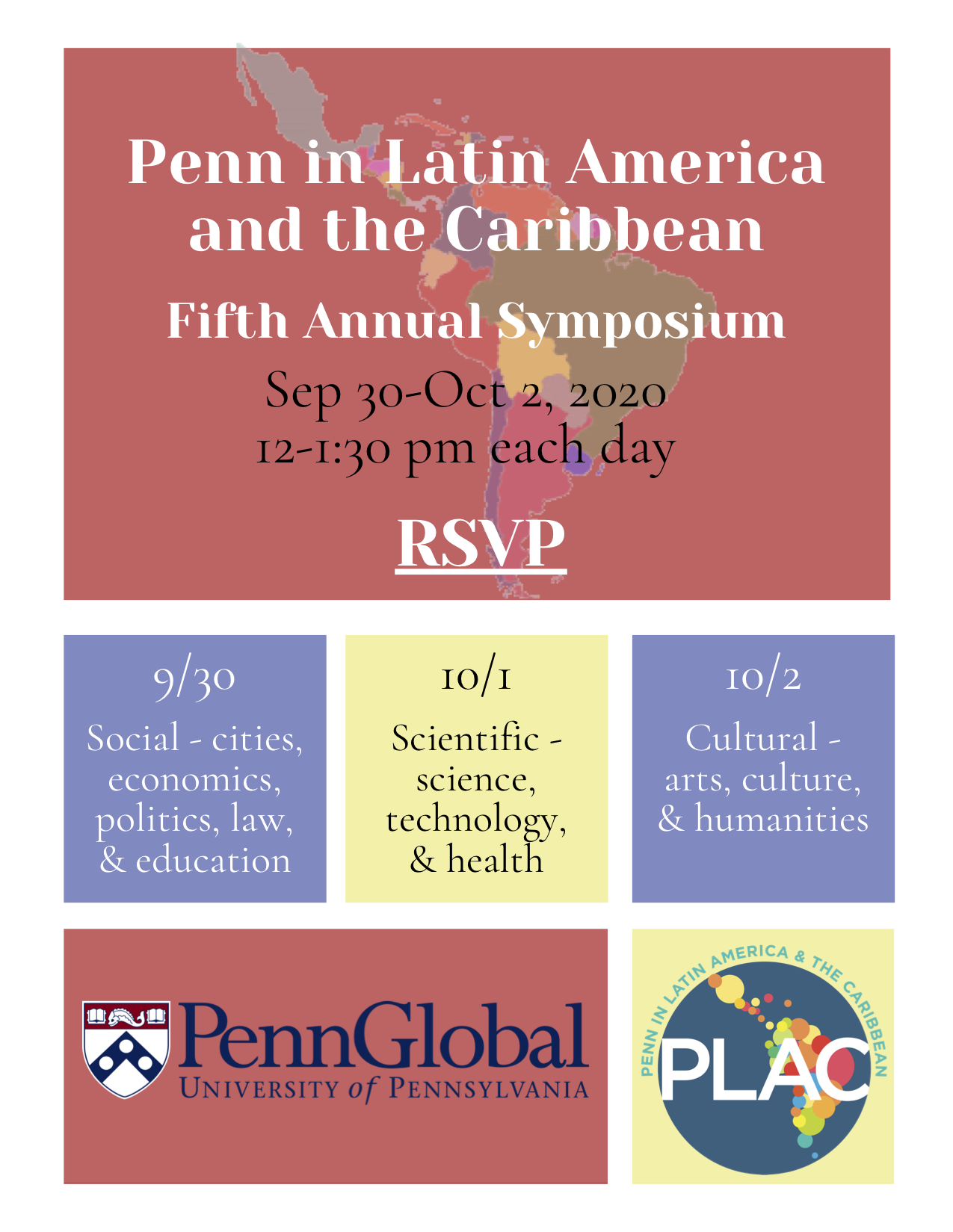 In the fall of 2014, the School of Nursing, under the newly appointed Dean, Dr. Antonia Villarruel, reached out to representatives from Schools across the Penn campus to gauge interest in forming the Penn in Latin America and the Caribbean group.  The strong positive response led to a meeting on December 15, 2014.  More than 60 individuals from eight Penn Schools, the Perry World House, Penn Global, the University of Pennsylvania Health System, and the Children's Hospital of Philadelphia were in attendance.

In the years since, the University of Pennsylvania, led by an interdisciplinary team from across campus, hosts an annual "PLAC" conference to showcase the depth and breadth of institutional and faculty engagement in the region. Learn more about the PLAC conferences below.

A Penn in Latin America & the Caribbean (PLAC) Steering Committee was formed, comprised of over ten representatives from across the University of Pennsylvania.