The Office of the Vice Provost for Global Initiatives has moved to remote work. The office will remain operational during regular business hours, Monday through Friday, 9:00 am-5:00 pm ET. For information on the operations of other Penn Global divisions, please check their websites.

For University updates on COVID-19...

Presenters of the Middle Period Mongolian Archaeology Conference with special guest His Excellency Otgonbayar Yondon, Ambassador of Mongolia to the US (front, center).

On October 26-27, the Penn Museum hosted the first-ever Middle-Period Mongolian Archaeology Conference. The conference brought together some of the top experts in Mongolian archaeology from around the world.

The conference opened on Saturday morning with remarks by His Excellency Otgonbayar Yondon, Ambassador of Mongolia to the United States. The Ambassador emphasized the importance of Penn’s role as a preeminent center of scholarship on Mongolia, whose middle period (approximately 7th-14th century CE) was marked by complex interactions and encounters – some harmonious and some explosive – among the multitude of cultures that have passed through the region.

According to conference organizer Nancy Steinhardt, Professor of East Asian Art in the Department of East Asian Languages and Civilizations (EALC), the way we understand Mongolian history has implications for our understanding of the histories of the peoples of Russia, China, Korea, and various other countries in the region. For example, middle-period burial practices in Mongolia shed light on the complex interplay of peoples that have inhabited the vast steppes of Inner Asia. 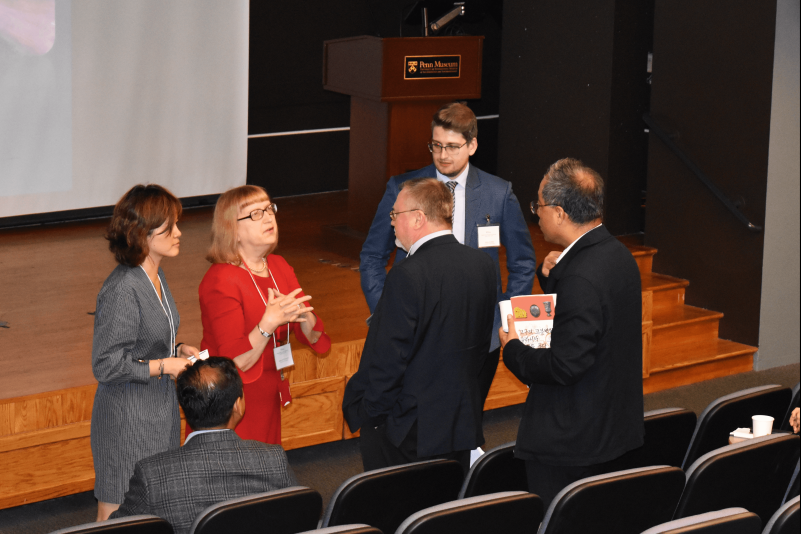 The event featured four keynote talks by scholars from Mongolia, Russia, China, and Germany, who presented the findings of their excavations of various sites in Russia, Inner Mongolia (an autonomous region of China), and independent or "Outer" Mongolia. Several of the experts presenting at the conference had never previously been in the same place at the same time, according to Steinhardt, who received funding from the Penn Global Engagement Fund, the Penn Museum, the University Research Foundation, School of Arts and Sciences, Center for East Asian Studies, and Department of East Asian Languages and Civilizations.

Steinhardt’s vision for the historic conference included a substantial student engagement component: students and recent alumni of EALC were on site both days as presenters and also as translators for talks given in Mongolian and Chinese.

The Middle-Period Mongolian Archaeology Conference reaffirms Penn’s status as a leading center of engagement with Mongolia, which has only accelerated in recent years. William Braham of the Weitzman School of Design is leading a Global Engagement Fund-sponsored project to improve the energy efficiency of traditional Mongolian ger dwellings. The Center for East Asian Studies houses the American Center for Mongolian Studies (ACMS) and offers courses in the Mongolian language. Finally, over Spring Break 2020, the Department of East Asian Languages and Civilizations’ Christopher Atwood – who delivered the conference’s first talk – will lead a Penn Global Seminar to Mongolia to explore how nomadism and sedentary lifestyles have shaped the country’s culture. 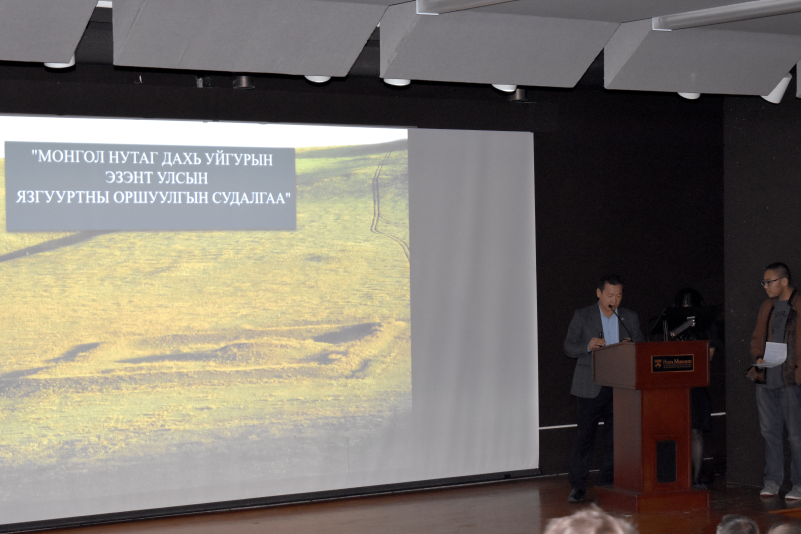