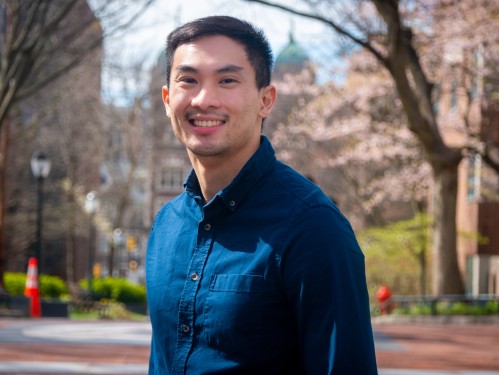 Eric Dao is a Data Analyst for the International Student and Scholars Services (ISSS) department. Growing up in the Philadelphia Metropolitan Area and frequently visiting the city, Philadelphia is the city that feels most like home to him. Eric completed his research-intensive B.A. in Psychology at Temple University. After working abroad in Shanghai, China for two years, he decided to shift fields and pursue an M.S. in Computer Science and Information Engineering at National Taiwan University of Science and Technology in Taipei, Taiwan. During his master’s, cybersecurity was the focus in both his experimental research thesis and R&D internship at Taiwan’s government affiliated Institute of Information Industry.

Nearing graduation, Eric realized that what he enjoyed most in his master’s coursework, research, and internship were the data analysis aspects of each project. Furthermore, what he liked most about his time abroad were the interpersonal interactions that he had with people from a multitude of different cultures and him being able to firsthand learn more about the world. These two interests are exactly the reasons why Eric is so incredibly excited to be part of Penn’s International Student and Scholars Services team as a Data Analyst.

Return to The ISSS Team