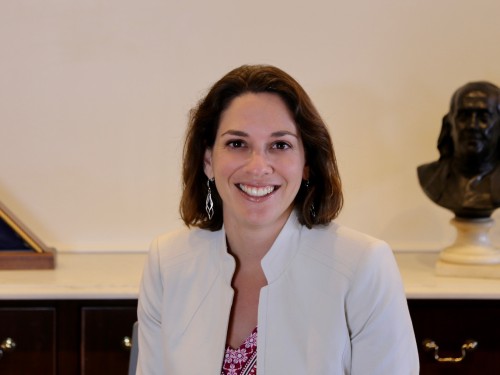 Ariana Berengaut is the Penn Biden Center’s Director of Programs, Partnerships, and Strategic Planning. Berengaut served in President Obama's administration from 2011-2017. Most recently, she was Speechwriter and Counselor to Deputy Secretary Antony Blinken at the U.S. Department of State, where she advised on the planning of critical public policy initiatives including the U.S. response to the global refugee crisis.

Prior to joining State in 2015, Berengaut served as Chief Speechwriter to Dr. Rajiv Shah, Administrator at the U.S. Agency for International Development, where she oversaw messaging and communications strategy for high-profile initiatives on Ebola, child survival, hunger, food aid, and energy. From 2008 to 2011, Berengaut was a researcher at the U.S. Holocaust Memorial Museum.

Berengaut received a M.Sc. in African Studies from Oxford University with fieldwork in southeastern Uganda and a B.A. from Brandeis University.

The New York Times Op-Ed - Turning Back Refugees Hurts Us