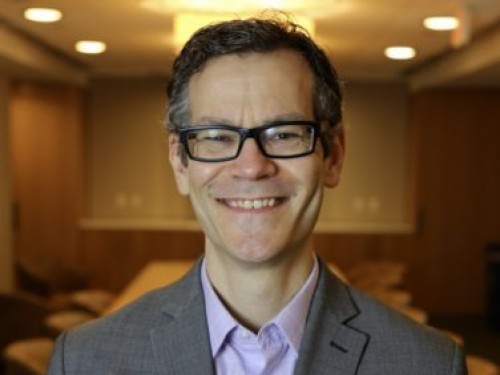 Colin H. Kahl is a Strategic Consultant to the Penn Biden Center for Diplomacy and Global Engagement. He is also co-director of the Center for International Security and Cooperation, the inaugural Steven C. Házy Senior Fellow at the Freeman Spogli Institute for International Studies, and a Professor, by courtesy, in the Department of Political Science at Stanford University.

From October 2014 to January 2017, he was Deputy Assistant to the President and National Security Advisor to the Vice President. In that position, he served as a senior advisor to President Obama and Vice President Biden on all matters related to U.S. foreign policy and national security affairs, and represented the Office of the Vice President as a standing member of the National Security Council Deputies’ Committee. From February 2009 to December 2011, Dr. Kahl was the Deputy Assistant Secretary of Defense for the Middle East at the Pentagon. In this capacity, he served as the senior policy advisor to the Secretary of Defense for Egypt, Iran, Iraq, Israel and the Palestinian territories, Saudi Arabia, Syria, Yemen, and six other countries in the Levant and Persian Gulf region. In June 2011, he was awarded the Secretary of Defense Medal for Outstanding Public Service by Secretary Robert Gates.

From 2007 to 2017 (when not serving in the U.S. government), Dr. Kahl was an assistant and associate professor in the Security Studies Program at Georgetown University's Edmund A. Walsh School of Foreign Service. From 2007 to 2009 and 2012 to 2014, he was also a Senior Fellow at the Center for a New American Security (CNAS), a nonpartisan Washington, DC-based think tank. From 2000 to 2007, he was an assistant professor of political science at the University of Minnesota. In 2005-2006, Dr. Kahl took leave from the University of Minnesota to serve as a Council on Foreign Relations International Affairs Fellow in the Office of the Secretary of Defense, where he worked on issues related to counterinsurgency, counterterrorism, and responses to failed states. In 1997-1998, he was a National Security Fellow at the John M. Olin Institute for Strategic Studies at Harvard University.

Current projects include: research on the geopolitical consequences of COVID-19 and intersecting global trends; an examination of the implications of emerging technologies such as artificial intelligence and machine learning on strategic stability; and a theoretical and historical analysis of American grand strategy since 9/11.

He has published numerous articles on international security and U.S. foreign and defense policy in Foreign Affairs, Foreign Policy, International Security, the Los Angeles Times, Middle East Policy, the National Interest, the New Republic, the New York Times, Politico, the Washington Post, and the Washington Quarterly, as well as several reports for CNAS.

His previous research analyzed the causes and consequences of violent civil and ethnic conflict in developing countries, focusing particular attention on the demographic and natural resource dimensions of these conflicts. His book on the subject, States, Scarcity, and Civil Strife in the Developing World, was published by Princeton University Press in 2006, and related articles and chapters have appeared in International Security, the Journal of International Affairs, and various edited volumes.