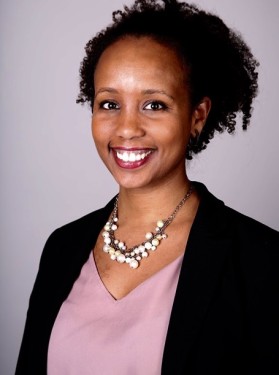 Mahlet Mesfin is a visiting scholar at the Penn Biden Center for Diplomacy and Global Engagement.  Most recently, she was the director of the Center for Science Diplomacy at the American Association for the Advancement of Science (AAAS).

From 2014-2017, Mesfin served in the White House Office of Science and Technology Policy (OSTP), most recently as the Assistant Director for International Science and Technology (S&T). There, she led and advised on the strategic planning, coordination, and execution of the S&T-focused engagements under the responsibility of the U.S. President’s Science Advisor, and championed S&T as an element of the broader U.S. government’s foreign policy agenda.

Previously, Mesfin was a AAAS S&T Policy Fellow at the U.S. Department of Defense, where she worked on projects related to the DoD’s basic research ecosystem and the Department’s international S&T engagement.  She has also been a policy fellow at the U.S. National Academy of Sciences and Engineering.