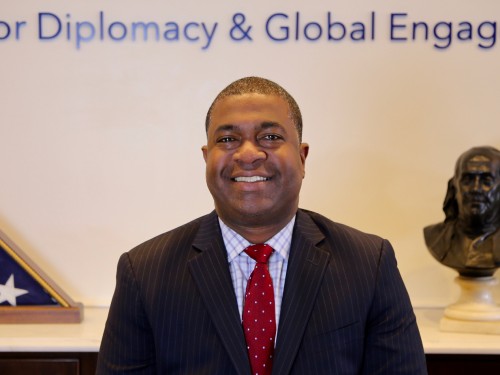 Spencer P. Boyer is a Senior Fellow at the Penn Biden Center for Diplomacy and Global Engagement. He is also the Director of the Washington Office of the Brennan Center for Justice at New York University School of Law and an Adjunct Professor in the BMW Center for German and European Studies at the Edmund A. Walsh School of Foreign Service at Georgetown University. His areas of focus include U.S. foreign policy and national security, transatlantic relations, European and Eurasian affairs, and Russian influence in Western democracies.

Mr. Boyer has been the executive director of a Georgetown University-based NGO and a senior analyst or visiting scholar with numerous think tanks, including the Center for American Progress, the Center for Transatlantic Relations at Johns Hopkins School of Advanced International Studies, the Woodrow Wilson International Center for Scholars, and the Brookings Institution. He began his career as a lawyer with international courts and tribunals in The Hague, Zurich, and Paris. He has been a guest analyst with numerous news outlets, including CNN, BBC, MSNBC, FOX, ABC, and Voice of America, and is frequently quoted in print and online media around the world.

Mr. Boyer is a graduate of Wesleyan University and received his J.D. from New York University School of Law, where he specialized in public international law and the work of international organizations. While at NYU, he also obtained a master’s degree in French Studies, with a concentration in French politics, history, and economy. In addition, he has been a Wasserstein Public Interest Fellow at Harvard Law School.

Foreign Policy – Here We Go Again: Russia Gears Up to Interfere in 2020 Election With Coronavirus Disinformation

Brookings – The future of political warfare: Russia, the West, and the coming of age of global digital competition

The Europe Desk Podcast - EU-US Relations Under a Biden Presidency

World in 30 Minutes Podcast - Fighting Racism Together: Anti-racism Protests in the US and Europe