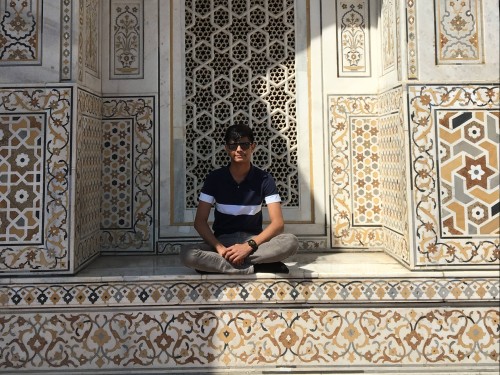 The Global Seminar which took my class and me to Delhi was the first of its kind in that it was the first writing seminar at Penn which took the class abroad. The trip did not simply provide me with a deeper understanding of the culture and history of Delhi--and by extension, India--but it also enhanced what I was already learning in class in ways I could not imagine. Equipped with the readings which we did at Penn about the city, experiencing the vibrancy and splendor of Delhi was even more extraordinary with the foreknowledge of its intricacies. This is not to say that I was not surprised by all that India had to offer. The subtleties of a country so different from what I knew still left me perplexed; from the food to the organized chaos in its streets, India unmapped a plethora of questions which pushed me to open myself up to new horizons.

The trip contributed deeply to my research about Delhi's monuments through the 20th century and visiting said monuments during our travels allowed me to concretize my writing on the subject. I had only read about the inhabitations and changes undergone by those places during the 20th century but exploring them firsthand offered me a unique lens from which to understand how the political and social fluctuations of colonial and independent India influenced Delhi's physical past.