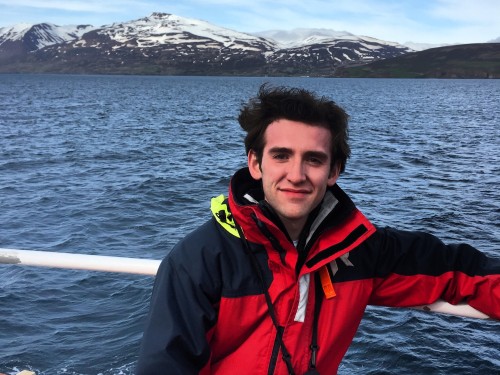 PGS: Travel to Iceland
PSA: Travel to Germany and the Netherlands
jsqu@sas.upenn.edu

As a Philosophy, Politics, and Economics (PPE) major, the intersection of various different disciplines is always on my mind. This is especially true for the topic of environmental science which guided both my Penn Global Seminar to Iceland and my Penn Summer Abroad to the Netherlands and Berlin.

Through my studies in Iceland, I was able to explore political and economic factors that are hallmarks of my major on an island of incredible beauty. Because Iceland is struggling with how to balance its substantial rise in tourism, I was able to study and interview locals on how economic incentives were balanced with public policy designed to keep the island’s landscape pristine.

While in the Netherlands and Berlin studying water management and energy policy, respectively, I was able to strengthen the philosophical and political sides of my major by witnessing the detrimental effects climate change has on the communities I visited. Through grappling with what it means to confront climate change, the philosophical idea of bettering your surroundings over merely bettering yourself for overall long-term prosperity was central to my experience. I was also able to see various pieces of political machinery work efficiently in both the Netherlands and Germany in order to fight this imminent danger.

My times abroad augmented my major in ways unimaginable and while it perhaps didn’t directly relate to my major as I am not studying Environmental Science, it showed me that the world is a much more connected place than I originally thought and that the theoretical problems we try to solve in PPE have real-life analogs in places like Iceland, the Netherlands, and Germany. Through these experiences, I now know how to apply my studies for positive change.