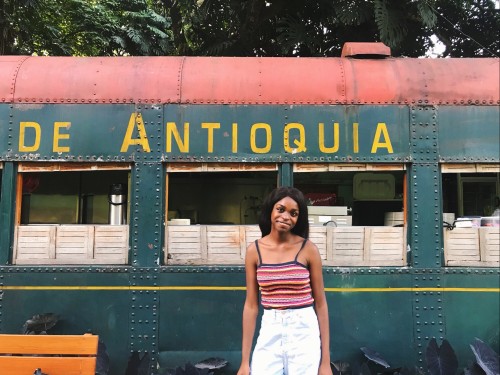 As a Spanish target in the Huntsman program, I have to take area studies classes focused on Spanish-speaking countries. While in Seville, I was able to take several in-depth area studies courses. I took a class called The History of Current Spain which introduced me to politics and social issues in Spain and its connection to the nation's history. I enjoyed a class on philosophy and religion where I learned about Spanish philosohers and Spanish Catholicism. In my Latin American art class, I studied how Latin American art developed from the 1800s to today. It was my first art history class! I also enjoyed my tourism and development in Andalusia class which introduced me to the effects of tourism on the region in which I was studying. Finally, I loved the "Beyond the Stereotypes" course required by the CASA Seville program in which I wrote a fulfilling essay about language, accents and stigma within Spain.