You are viewing a past event
Global Shifts Colloquium 2020: Keynote Conversation with Patricia Espinosa, Executive Secretary, UNFCCC
09:30am - 10:45am EDT
Virtual Event

Register for this conversation about the global effort to combat and mitigate climate change. 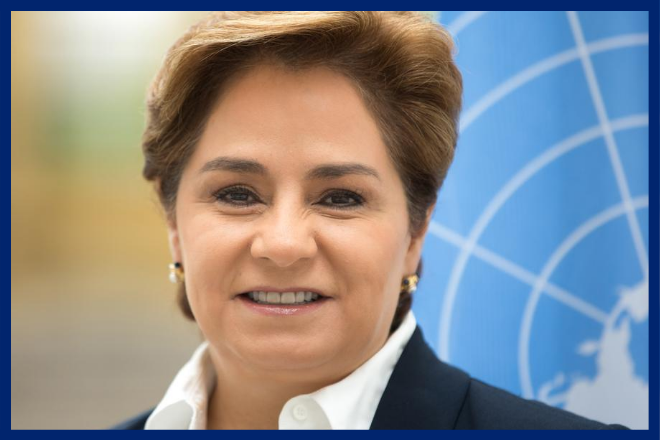 Patricia Espinosa is the Executive Secretary of the United Nations Framework Convention on Climate Change. Ambassador of Mexico to Germany since 2012 and from 2001 to 2002, Ms. Espinosa was Minister of Foreign Affairs of Mexico from 2006 to 2012, bringing over 30 years of experience at highest levels in international relations. As Chair of the Third Committee of the UNGA (1996), she played a key role in the adoption of the Beijing Platform for Action. She has also served as Ambassador of Mexico to Austria, Slovakia, Slovenia, and the UN in Vienna (2002-2006); Chief of Staff to the Undersecretary of Foreign Affairs (1989-1991); and was responsible for economic issues at the Permanent Mission to the UN in Geneva (1982-1988).

Sign up for this virtual event, and details of how to take place will be in your order confirmation email.