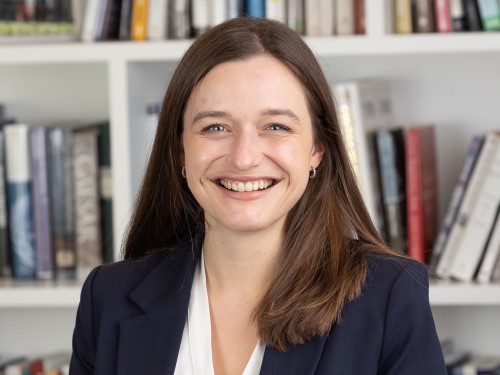 Krainock earned her B.A. in Modern and Medieval Languages (German and Russian) from the University of Cambridge, and was later awarded an honorary M.A.