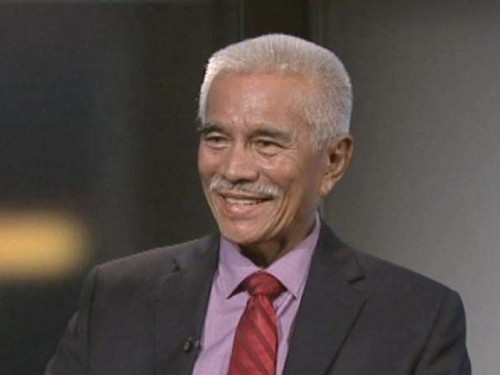 Anote Tong is a former President of the Republic of Kiribati, serving three terms from 2003 to 2016. During his terms in office, he was responsible for drawing international attention to the human dimension of climate change by highlighting the existential threat faced by his people and those of other vulnerable countries on the frontline of the impacts of climate change, many of which are in the Pacific Region. On leaving office, he joined Conservation International as a Distinguished Fellow from 2016 to 2018, and continues to speak at conferences and institutions worldwide. He was responsible for declaring what was then the largest marine protected area when he closed off more than 400,000 sq. km of the Phoenix Islands Protected Area (PIPA) in 2008 from any extractive industries. PIPA has been listed by UNESCO as a World Heritage Site. For his advocacy work on climate change and ocean conservation during his terms in office and since retiring from office, Anote Tong has been nominated twice for the Nobel Peace Prize, was awarded the Sun Hak Peace Prize in 2015, the Peter Benchley Award, the Edmund Hilary Award, and several other awards. He received his B.Sc. from the University of Canterbury, N.Z., his Master’s in Economics from the London School of Economics, U.K., as well as an Honorary Doctorate in Engineering from The National Pukyong University, South Korea, and an Honorary Doctorate in Law from the University of the South Pacific, Fiji.