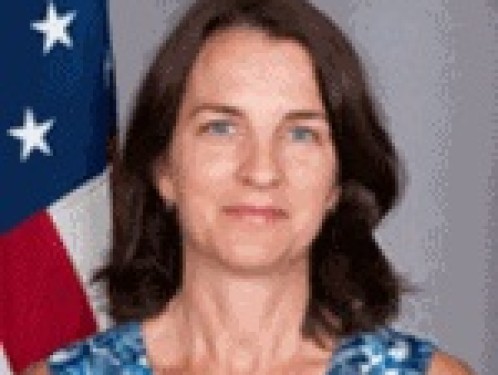 Bathsheba “Sheba” Nell Crocker served as the assistant secretary of state for international organization affairs from 2014-17. Crocker held other positions at the U.S. Department of State, including as a senior adviser to the secretary of state, as the principal deputy director in the Office of Policy Planning under Jake Sullivan, and as chief of staff to Deputy Secretary of State James Steinberg. Crocker was an International Affairs Fellow at the Council on Foreign Relations from 2002-03. From 2003-05, Crocker worked at the Center for Strategic and International Studies on the Post-Conflict Reconstruction Project as a fellow and co-director. Crocker was also the deputy chief of staff at the Office of the UN Special Envoy for Tsunami Recovery, from 2005-07. Afterward, she was the senior advisor to the assistant secretary-general for Peacebuilding Support at the UN Peacebuilding Support Office, from 2007- 08. From 2008-09, Crocker was a senior policy and advocacy officer for international affairs at the Bill & Melinda Gates Foundation.