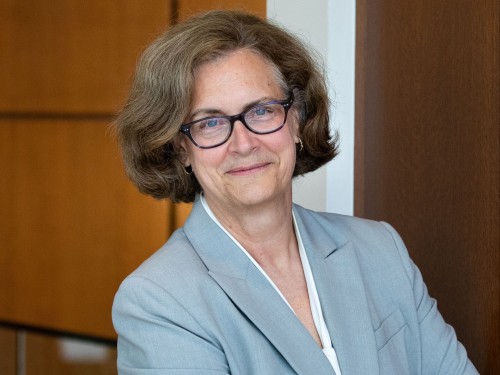 Beth Simmons is Andrea Mitchell Penn Integrates Knowledge University Professor of Law, Political Science and Business Ethics at the University of Pennsylvania. Supported by the National Science Foundation and the Carnegie Foundation, Simmons is currently researching the paradox of hardening international borders in an era of globalization. Two of her books, Who Adjusts? Domestic Sources of Foreign Economic Policy During the Interwar Years (2004) and Mobilizing for Human Rights: International Law in Domestic Politics (2009) won the American Political Science Association's Woodrow Wilson Award for the best book published in the United States on government, politics, or international affairs. The latter was also recognized by the American Society for International Law, the International Social Science Council and the International Studies Association as the best book of the year in 2010. Simmons directed the Weatherhead Center for International Affairs at Harvard, is a past president of the International Studies Association and has been elected to the National Academy of Sciences, the American Academy of Arts and Sciences, and the American Philosophical Society. Simmons leads the Borders and Boundaries Project, part of our Global Shifts theme, at Perry World House. Her research group is documenting and will explain the paradox of hardening international borders between states in an era of globalization using satellite imagery as evidence of state presence at international border crossings.