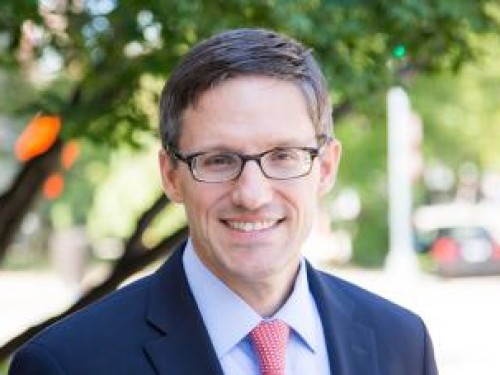 Derek Chollet is Executive Vice President and Senior Advisor for security and defense policy at The German Marshall Fund of the United States, and author of the book, The Long Game: How Obama Defied Washington and Redefined America’s Role in the World (PublicAffairs, 2016).  He served in senior positions during the Obama administration at the White House, State Department, and Pentagon, most recently as the U.S. assistant secretary of defense for international security affairs. He is a contributing editor to Foreign Policy, where he coedits “Shadow Government,” and is a regular contributor to Defense One.  He is also an advisor to Beacon Global Strategies and an Adjunct Senior Research Scholar at Columbia University’s Saltzman Institute of War and Peace Studies. His previous books include America Between Wars: From 11/9 to 9/11, coauthored with James Goldgeier, and The Unquiet American: Richard Holbrooke in the World, coedited with Samantha Power. He lives in Washington, DC, with his family.