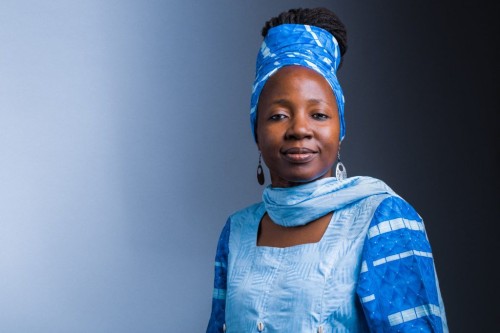 Cameroonian political leader, activist, and entrepreneur Kah Walla is internationally recognized for her expertise in leadership and strategy, her understanding of Africa’s development issues, and her strong stance for its women and youth. Part of Africa’s new generation of political leaders, Kah proposes bold, innovative solutions for the continent’s problems based on over twenty years-experience working on economic, social, and political issues in over twenty-five countries across Africa.

Her focus is on political transitions that enable countries to go from decades of autocratic rule towards governance that is democratic, inclusive, and equitable in the distribution of resources and access to opportunity. Developing models that will enable citizens who have been deprived of their rights for decades to go through a “healing” process that enables them to redefine citizenship, step into their power, and exercise both their rights and duties within a democratic framework that takes into account their particular history and culture.

To develop these models, Kah draws from her work at grassroots, national, continental, and international levels. She also draws from experience in both the public and private sectors. The consulting firm she founded, STRATEGIES!, is a 24-year-old leadership and management firm based in Cameroon and working on five continents. Kah is also President of the Cameroon People’s Party, working daily to bring democratic change to a country that has not changed presidents in the last thirty-seven years.

In 2011, Kah took her problem-solving skills to the highest level in Cameroon and became the first woman ever to run for the presidency of the nation. She is today one of the key leaders building the future of Cameroon.

Kah’s exceptional leadership and her quest for progress in Cameroon and Africa have earned her several international recognitions: Vital Voices Global Leadership Vanguard Award (2015), DVF Award (2014), named one of 150 women who shake the world by Newsweek and Daily Beast (2011), and one of Africa’s 100 most influential leaders by New African Magazine (2011).