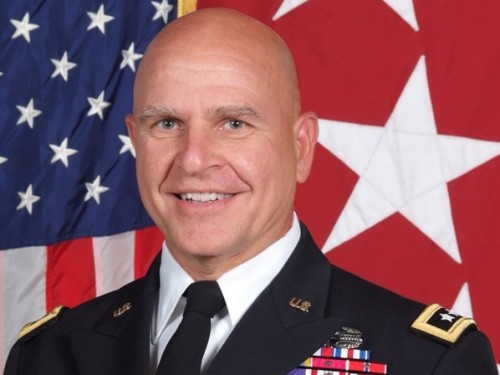 Lieutenant General H. R. McMaster was the twenty-sixth National Security Advisor of the United States from 2017 to 2018. He is the Fouad and Michelle Ajami Senior Fellow at the Hoover Institution at Stanford University. He served as a commissioned officer in the United States Army for thirty-four years before retiring as a Lieutenant General in June 2018. McMaster is author of the award-winning book, Dereliction of Duty: Lyndon Johnson, Robert McNamara, the Joint Chiefs of Staff and the Lies that Led to Vietnam and of Battlegrounds: The Fight to Defend the Free World. McMaster was commissioned as an officer in the United States Army upon graduation from the United States Military Academy in 1984. He also holds a PhD in military history from the University of North Carolina at Chapel Hill. He is a member of the Council on Foreign Relations, contributing editor for Survival, and a senior consulting fellow at the International Institute for Strategic Studies in London.