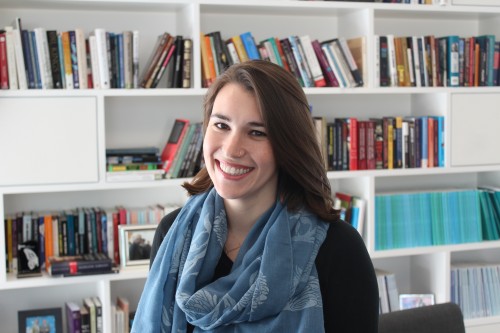 Jocelyn Perry is the Global Shifts Program Manager. She brings experience working with and advocating for displaced individuals and communities in the United States and around the world to this role with Perry World House. Prior to joining the PWH team, Jocelyn served as a Fulbright Public Policy Fellow with Malawi's Department of Refugees, working on advocacy for and development of Malawi’s Comprehensive Refugee Response Framework alongside the United Nations Refugee Agency.

Her current research focuses on forms of governance, political organization, and participatory decision-making among displaced populations and in urban areas. She has previously worked for the Social Science Research Council’s African Peacebuilding Network, as well as in disaster response for the American Red Cross and community development with Public Narrative in Chicago. A proud Penn graduate, Jocelyn also received her MPhil from the University of Cambridge as a Gates Cambridge Scholar.