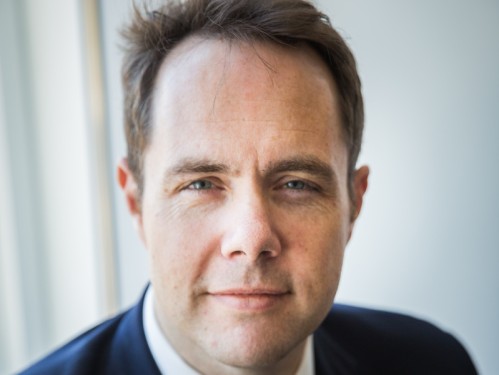 John Gans is the Managing Director for Executive Communications and Strategic Engagement at The Rockefeller Foundation. From 2017 until 2021, he taught at the University of Pennsylvania and worked at Perry World House, last as Director of Communications and Research. Prior to joining Perry World House, he was the chief speechwriter to Secretary of Defense Ash Carter at the Pentagon. In addition to leading the writing team at the Defense Department, Gans served as senior speechwriter for Defense Secretary Chuck Hagel and Secretary of the Treasury Jack Lew. In 2019, Gans published White House Warriors: How the National Security Council Transformed the American Way of War, which the Wall Street Journal said was a "bottom-up history." He has published in the New York Times, Washington Post, Atlantic, and elsewhere and appeared on CNN, MSNBC, and NPR. He earned his M.A. and Ph.D. from Johns Hopkins University's School of Advanced International Studies.