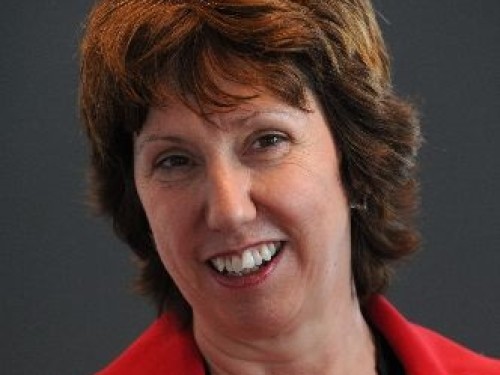 Lady Catherine Ashton is a British Labour politician who served as the high representative of the Union for Foreign Affairs and Security Policy and first vice president of the European Commission in the Barroso Commission from 2009-14. On January 1, 2017, Ashton became the Chancellor of the University of Warwick, succeeding Sir Richard Lambert and becoming Warwick's first female Chancellor.  Ashton began her parliamentary career in the House of Lords in 1990. She served as a junior education minister from 2001-04. In 2004, Ashton became a junior minister in the Department of Constitutional Affairs and in 2006 was admitted to the Privy Council. The following year, Ashton served as a junior justice minister before being promoted to leader of the House of Lords by Prime Minister Gordon Brown. In that role she was responsible for the entire Government legislative program in the House of Lords and was instrumental in easing the passage of the EU’s Lisbon Treaty through the upper house. In October 2008 she became trade commissioner in the EU, the first female British commissioner and the first female trade commissioner.