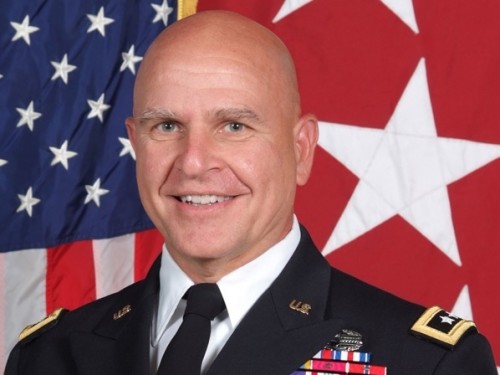 Lieutenant General H.R. McMaster, US Army (Ret.) is the Fouad and Michelle Ajami Senior Fellow at Stanford University. McMaster is also the Bernard and Susan Liautaud Visiting Fellow at the Freeman Spogli Institute (FSI) at Stanford University, and serves as a lecturer in management at the Stanford Graduate School of Business. McMaster returns to Hoover where he was a National Security Affairs Fellow from 2002 to 2003 and a Visiting Fellow from 2003 to 2017.

Lieutenant General H. R. McMaster was appointed the twenty-sixth National Security Advisor by United States President Donald Trump on February 20, 2017. Prior to his appointment as National Security Advisor, he assumed duties as the Director, Army Capabilities Integration Center and Deputy Commanding General, Futures, US Army Training and Doctrine Command on 15 July 2014. Prior to his arrival at Fort Eustis he served as Commanding General, Maneuver Center of Excellence and Fort Benning from June 2012 to July 2014. Previously he served as Commander, Combined Joint Inter-Agency Task Force Shafafiyat (Transparency) in Kabul, Afghanistan.

McMaster was commissioned as an officer in the United States Army upon graduation from the United States Military Academy in 1984. He also holds a PhD in military history from the University of North Carolina at Chapel Hill. From 1994-1995, McMaster served as an assistant professor of history at the United States Military Academy from 1994 to 1996. He is the author of the award-winning book Dereliction of Duty: Lyndon Johnson, Robert McNamara, the Joint Chiefs of Staff, and the Lies That Led to Vietnam. He has published numerous articles on historical and national security affairs topics in edited volumes, newspapers, magazines, and professional journals. He is a member of the Council on Foreign Relations, contributing editor for Survival magazine and a senior consulting fellow at the International Institute for Strategic Studies in London.