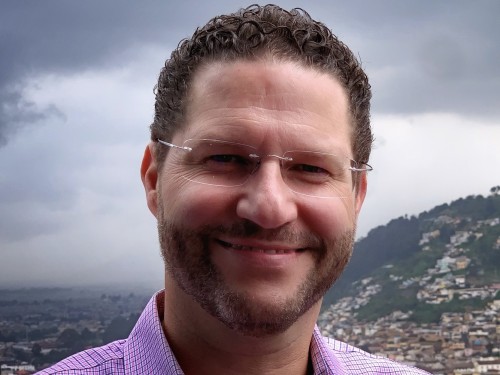 Mauricio Rodas started his professional career with the UN’s Economic Commission for Latin America and the Caribbean in Santiago de Chile and Mexico City. Later he worked as a policy consultant for the Mexican government. In 2007, he founded and served as the Executive Director of Ethos Public Policy Lab, a think tank based in Mexico ranked among the most influential in Latin America by the Global Go-To Think Tank Index Report. In 2011, Rodas returned to Ecuador and founded SUMA, a national political party. In 2013, he ran for president of Ecuador; the following year he was elected as Mayor of Quito (2014-2019). During this period, Rodas was the hosting Mayor of the UN’s Conference on Urban Sustainable Development – Habitat III. He also had an active leadership role in the main city networks: two terms as world Co-President of UCLG, member of the global boards of C-40 Cities Climate Leadership Group, ICLEI, and the Global Covenant of Mayors for Climate and Energy. He is a Distinguished Fellow on Global Cities at the Chicago Council on Global Affairs and a Senior Fellow of the Arsht-Rockefeller Foundation Resilience Center at the Atlantic Council. Currently, Rodas is also a Visiting Fellow at the University of Pennsylvania’s Institute for Urban Research and the Kleinman Center for Energy Policy, working on the “Cities Climate-Resilient Infrastructure Financing Initiative –C2IFI.” Rodas has a J.D. from Universidad Católica de Quito. He also holds two master’s degrees in Government Administration and Political Science from the University of Pennsylvania.