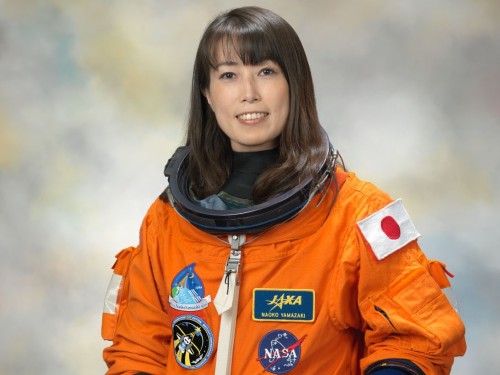 Naoko Yamazaki is an astronaut and space policy expert. She earned a Master of Engineering degree in Aerospace Engineering from the University of Tokyo in 1996, then started working for Japan Aerospace Exploration Agency (JAXA). In 1999, she was selected as an astronaut candidate, and went on to qualify as a Soyuz-TMA Flight Engineer in 2004 and NASA Mission Specialist in 2006.  On April 5, 2010, Yamazaki was aboard Space Shuttle Discovery as part of the crew of STS-131, an assembly and resupply mission to the International Space Station.  Yamazaki retired from JAXA in 2011 and has served as a member of the Japan Space Policy Committee since 2012, a Chairman of “Sorajo (Women in Aerospace)” under the Japan Rocket Society since 2015, and a representative director and co-founder of the Space Port Japan Association since 2018.