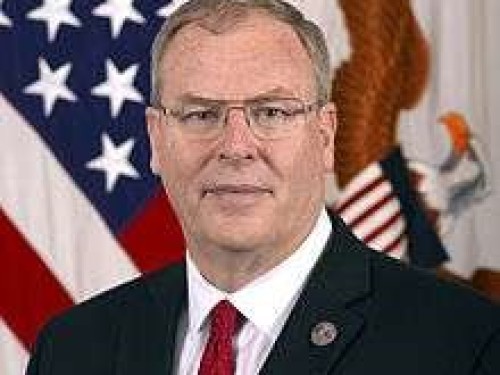 Robert O. Work served as Deputy Secretary of Defense from 2014-2017. He is currently Senior Counselor for Defense and Distinguished Senior Fellow for Defense and National Security at the Center for a New American Security, where he was previously the Chief Executive Officer. From 2009 to 2013,  Secretary Work served as the Undersecretary of the Navy. In 2008, he was on President-elect Barack Obama’s Department of Defense Transition Team as leader of the Department of the Navy issues team. Prior to the Obama administration, after spending 27 years on active duty in the U.S. Marine Corps and retiring as a colonel, Work spent time first as a Senior Fellow and later as Vice President for Strategic Studies at the Center for Strategic and Budgetary Assessments. He is a member of the International Institute for Strategic Studies, the U.S. Naval Institute, and the Marine Corps Association. Secretary Work received his B.S. from the University of Illinois at Champaign-Urbana, an M.S. in Systems Management from the University of Southern California, an M.S. in Systems Technology (Space Systems Operations) from the Naval Postgraduate School, and a Masters in International Public Policy from the Johns Hopkins School of Advanced International Studies.