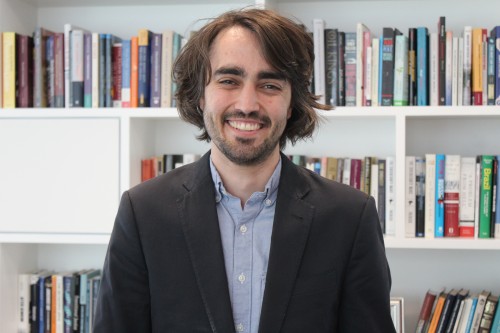 Robert Shaffer is a postdoctoral fellow at the University of Pennsylvania's Perry World House. Broadly, his research focuses on formal (textually-articulated) institutional design. Statutes, treaties, and other legal documents articulate power relationships, which describe who can do what, when, and to whom. In his work, Robert uses machine learning and computational linguistics tools to extract these power relationships, and to understand the ways in which textually-articulated power structures are affected by the political, policy, and legal environments. At Perry World House, Robert is working on the "Borders and Boundaries in World Politics" project with Professor Beth Simmons. As a member of the Borders and Boundaries team, he studies interstate discourse surrounding international borders and boundaries in the United Nations and beyond. Robert's work has appeared in Political Analysis, Cognitive Systems Research, and the Journal of Web Semantics. He received a Ph.D. in Government from the University of Texas, Austin in 2018, a M.S. in Statistics and Data Science from the University of Texas, Austin in 2016, and a B.A. in Political Science from the University of California, Berkeley in 2012. Outside the academy, he is affiliated with the Constitute project, and helped to develop an interactive exhibit on the content of national constitutions on display at Philadelphia's National Constitution Center.