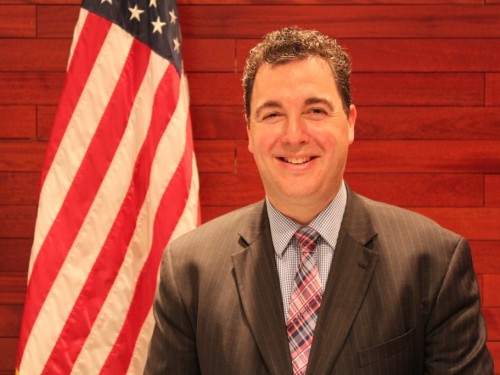 Scott Mulhauser is the former Chief of Staff at the U.S. Embassy in Beijing. During a remarkable time in the U.S.-China relationship, Scott helped run one of the largest and busiest posts in the world that included five consulates, 49 federal agencies and more than 2,200 employees. Scott led trade missions on behalf of U.S. industries, spoke regularly on behalf of the Embassy and the U.S. government, traveled to more than half of China’s provinces and worked closely with leading officials in both countries.  Previously, he served as Senior Vice President and Chief of Staff of The Export-Import Bank of the United States, an agency that creates and supports U.S. jobs through financing the export of goods and services abroad. Scott spent the 2012 election as Vice President Joseph R. Biden’s Deputy Chief of Staff, regularly counseling and traveling across the country with the Vice President and overseeing key pieces of his campaign operation. Before his more recent work, Scott spent more than a dozen years on Capitol Hill and played key roles in numerous landmark legislative and political battles including health care reform, tax cuts, multiple free trade agreements, tax reform efforts, deficit reduction and more. He served as Senior Advisor and Counsel to the Senate Finance Committee and in senior roles for Senators Frank Lautenberg, John Breaux and the Democratic Senatorial Campaign Committee in addition to work as an attorney in private practice and time as a visiting fellow at Georgetown University's Institute of Politics and Public Service.  Scott is a native of Washington, DC and a graduate of the University of Pennsylvania and the Georgetown University Law Center.