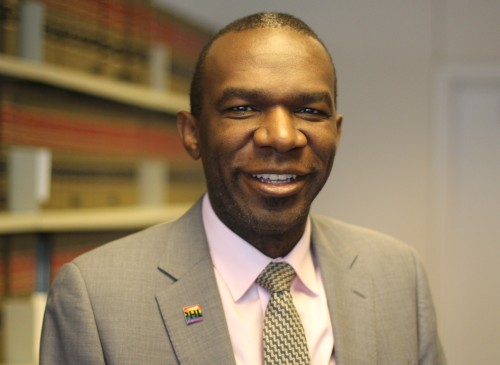 Sozi Pedro Tulante is a Lecturer at the University of Pennsylvania Law School. From January 2016 to March 2018, he was Philadelphia’s City Solicitor. He oversaw the Law Department and its 215 attorneys. As the City’s head lawyer, he expanded the number of attorneys representing abused and neglected children in the Child Welfare Unit and created the an affirmative litigation unit, which filed major cases such as a lawsuit against the U.S. Department of Defense for failing to report information necessary for local law enforcement to keep guns from the hands of people who have military convictions or have been dishonorably discharged; and a lawsuit against AG Jeff Sessions to challenge his attempt to withhold critical federal funds from Philadelphia based on the claim that it is a “sanctuary city.” A strong advocate for the inclusion of the City's immigrant population, Sozi also joined other city attorneys in filing amicus briefs in the cases opposing the “Travel Ban,” including a case in the U.S. Supreme Court. A skilled trial attorney, he presented evidence or argued various matters, including in the lawsuit against AG Sessions. He graduated cum laude from both Harvard Law School, and Harvard College. In 2017 he was named in "100 Most Influential Philadelphians," by Philadelphia Magazine, and “Best of the Bar,” by the Philadelphia Business Journal. Sozi was born in Zaire (now Democratic Republic of Congo) and moved to North Philadelphia with his family when he was eight as a political refugee.