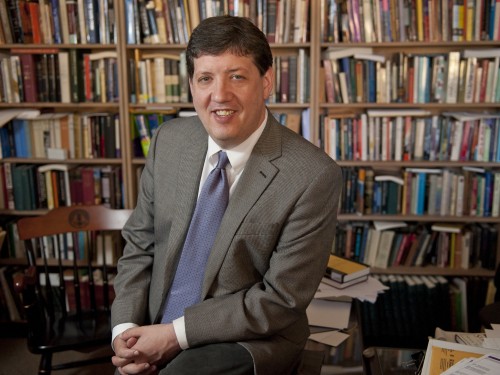 Steven Weitzman serves as the Ella Darivoff Director of the Herbert D. Katz Center for Advanced Judaic Studies at the University of Pennsylvania, and as the Abraham M. Ellis Professor of Semitic Languages and Literatures in the department of Religious Studies. Much of his research is focused on Jewish Studies, reflected in publications like The Origin of the Jews: the Quest for Roots in a Rootless Age (Princeton University Press, 2017), but he has also undertaken research on the impact of national security/law enforcement on American religious life, reflected in work like The FBI and Religion: Faith and National Security before and after 9/11 (coedited with Sylvester Johnson; University of California Press, 2017). Professor Weitzman received his Ph.D. in Near Eastern Languages and Civilizations from Harvard University and served on the faculties of Indiana University and Stanford University before coming to Penn in 2014.