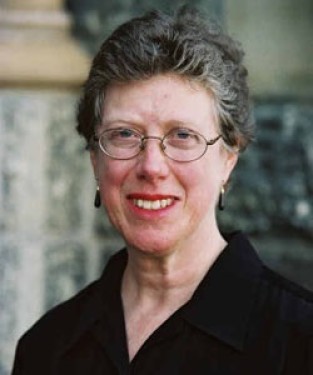 Susan Martin held the Donald G. Herzberg Chair in International Migration and founded and led the Institute for the Study of International Migration in the School of Foreign Service at Georgetown University. Previously. Dr. Martin served as the Executive Director of the U.S. Commission on Immigration Reform, established by legislation to advise Congress and the President on U.S. immigration and refugee policy. Prior to joining the Commission's staff, Professor Martin was the Director of Research and Programs at the Refugee Policy Group, a Washington-based center for analysis of U.S. and international refugee policy and programs. She was Assistant Professor at the American Studies Department of Brandeis University and Lecturer in the History of American Civilization Department at the University of Pennsylvania.

Her recent publications include A Nation of Immigrants, Women, Migration and Conflict: Breaking a Deadly Cycle (ed.); Mexico-U.S. Migration Management: A Binational Approach(ed.); Managing Migration: The Promise of Cooperation; Beyond the Gateway: Immigrants in a Changing America (ed.); The Uprooted: Improving Humanitarian Responses to Forced Migration; and Refugee Women.

Dr. Martin earned her M.A. and Ph.D. from the University of Pennsylvania and her B.A. from Douglass College, Rutgers University. She is the immediate Past President of the International Association for the Study of Forced Migration and serves on the U.S. Comptroller General’s Advisory Board, the Academic Advisory Board of the International Organization for Migration, and the Board of the Advocacy Project.