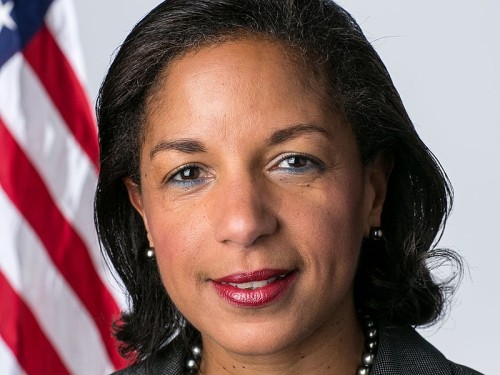 From 2002-2008, Susan Rice was a Senior Fellow at the Brookings Institution, where she conducted research and published widely on U.S. foreign policy, transnational security threats, weak states, global poverty and development.  Ambassador Rice served as U.S. Assistant Secretary of State for African Affairs from 1997-2001. In that role, she formulated and implemented U.S. policy towards 48 countries in Sub-Saharan Africa and was responsible for the management of all of the U.S. Embassies and more than 5,000 U.S. and Foreign Service national employees. Rice received her Master's degree (M.Phil.) and Ph.D (D.Phil.) in International Relations from New College, Oxford University, England, where she was a Rhodes Scholar.  She was awarded the Chatham House-British International Studies Association Prize for the most distinguished doctoral dissertation in the United Kingdom in the field of International Relations in 1990. Ambassador Rice received her B.A. in History with honors from Stanford University in 1986, where she was junior Phi Beta Kappa and a Truman Scholar.