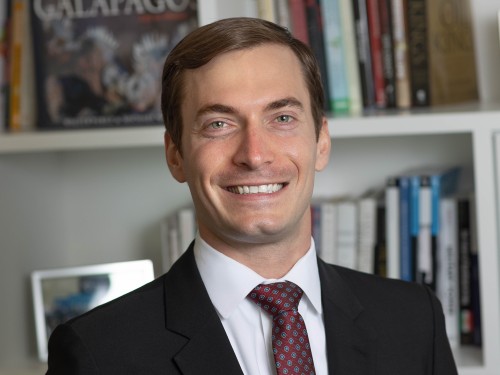 Thomas J. Shattuck is the Future of the Global Order: Power, Technology, and Governance Program Manager at Perry World House. He is the former Deputy Director of the Asia Program at the Foreign Policy Research Institute (FPRI), where he was also a Research Fellow. In this role, Shattuck managed Asia Program-related events, finances, operations, and other activities. As a Research Fellow, he conducted research on cross-Strait relations, Taiwanese and Chinese domestic and foreign affairs, and the U.S. role in East Asia and the Indo-Pacific Region. From September 2016 to September 2021, he served as Managing Editor at FPRI. Shattuck is also a member of Foreign Policy for America’s NextGen Foreign Policy Initiative and the Pacific Forum’s Young Leaders Program. He was a member of the 2019 class of scholars at the Global Taiwan Institute, receiving the Taiwan Scholarship.

His articles have appeared in the Global Taiwan Brief, Defense Security Brief, The Washington Post, The National Interest, The American Interest, Divergent Options, The Taipei Times, and The Philadelphia Inquirer, as well as the peer-reviewed journals Orbis: A Journal of World Affairs by the Foreign Policy Research Institute and Strategic Vision.

He received a B.A. from LaSalle University in History and English Writing and an M.A. in International Studies from the National Chengchi University.