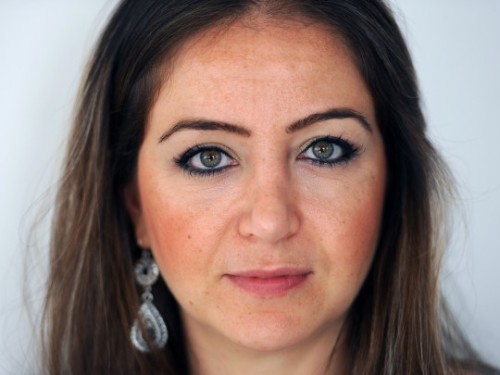 Zaina Erhaim is an award-winning Syrian journalist, working as a communications manager with the Institute for War and Peace Reporting (IWPR). She has trained over 100 media activists on journalism basics in Syria, and made a series of short films entitled Syria's Rebellious Women (2016) and Syria Diaries (2017), narrated by Syrian women. Erhaim has contributed to three books: Our Women on the Ground (2019), Journalism in Times of War (2018) and Arab Women Voicing New Realities (2017). She taught Conflict Sensitive Mobile Journalism at Bremen Art University in Germany. Erhaim has an M.A. in international journalism from City, University of London.

Before joining IWPR, Zaina worked with the BBC, Alhayat, Orient TV, and other local media outlets. She also wrote pieces for The Economist and The Guardian.