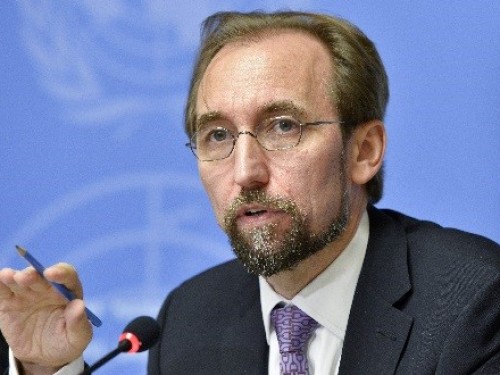 Zeid Ra’ad Al Hussein was Jordan’s Ambassador to the United States between 2007-2010, and represented Jordan before the International Court of Justice in 2004 and 2009, as well as on the issue of nuclear security. Zeid played a key role in the establishment of the International Criminal Court(ICC), chairing the negotiations over the elements of individual offences amounting to genocide, crimes against humanity and war crimes. In September 2002, he was elected as the first President of the Assembly of States Parties to the Rome Statute of the ICC. Subsequently, he chaired negotiations, concluded in Kampala in June 2010, over the crime of aggression. He has extensive knowledge of peacekeeping, serving as a political affairs officer in UNPROFOR, in the former Yugoslavia(1994-96). In 2004, Kofi Annan appointed him as his Advisor on Sexual Exploitation and Abuse, and the 2005 ‘Zeid Report’ provided the first comprehensive strategy for the elimination of Sexual Exploitation and Abuse in UN Peacekeeping Operations. Zeid holds a Bachelor of Arts from Johns Hopkins University and a Doctorate in Philosophy from Cambridge University.