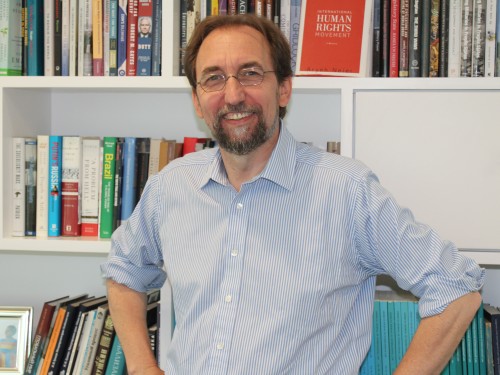 Zeid Ra'ad Al Hussein served as the United Nations High Commissioner for Human Rights from 2014 to 2018. He was awarded the Stockholm Prize for human rights in 2015 and the Tulip Prize in 2018. He is currently the President and CEO of the International Peace Institute, and Perry World House Professor of the Practice of Law and Human Rights at the University of Pennsylvania.  In 2019, Al Hussein was appointed a member of The Elders, an independent group of global leaders working for peace, justice and human rights, founded by Nelson Mandela.  He served twice as Jordan’s ambassador to the United Nations (in New York) and once as Jordan’s ambassador to the United States. In January 2014, he served as president of the UN Security Council and earlier, in 2002, was elected the first president of the governing body of the International Criminal Court (ICC) -- guiding the court's growth in its first three years from 2002 to 2005. He also represented Jordan twice before the International Court of Justice (ICJ).  From 1994 to1996, he served as a UN civilian peacekeeper with UNPROFOR.  Al Hussein holds degrees from Johns Hopkins University and the University of Cambridge.