Gap Year Cusco and the Moral Dilemma of Traveling

My Peruvian friend and I studying

Elana wrote this post in 2015 while in Peru during her gap year. Her musings on power and privilege, intercultural understanding and misunderstanding appeared originally on her blog.

It's hard to believe that I have been in Cusco, Peru one whole month now.

It has gone by so fast and in such a blur, but I have had some truly wonderful moments here.

In my Teaching English as a Foreign Language (TEFL) course at a school called Maximo Nivel, I have so many fond memories: laughing ‘til I cried almost every day, singing and dancing in Pitch-Perfectesque A Capella competitions, spending two and a half days straight reviewing mind-boggling English grammar rules most of us never learned in school, teaching my own class at 7 AM and watching as my students came in earlier and earlier each day in order to have more talking time with me, and of course celebrating our graduation from TEFL with champagne and Karaoke.

In my homestay, there were also some great moments: the day the housekeeper's two-year-old son ran up and hugged my legs instead of biting them as usual, playing duck duck goose (or rather pato pato ganzo) on the floor of the living room, sitting on my mother's bed and laughing about crazy words (especially the word for belly button in Quechua, which is puputi), spending hours around the dinner table with the other two house guests just talking the evening away, coming home from salsa class and practicing with my homestay dad to the music of kitchen laughter. These are moments I will treasure.

At the same time, however, alongside those nice memories, I will also remember some challenges that I faced in Cusco.

One particular moment stands out. My American friend and I were on our way back from a day trip, and we were riding a small public bus called a combi back into town. Combis are usually very crowded and riding on them provides a window into the daily life of a cusqueñan, which always sparks an insight.

On this particularly day, it was raining and hailing unbelievably hard, and I strained to hear the voice of the man calling out the various stops.

An older woman sat next to me, and we shifted in our seats, shaking our heads and commenting on the horrible weather (note that it's 10x harder to understand someone in any language when it's hailing golfballs outside, so you can just imagine the number of times I said "que?").

We chatted for several minutes, and eventually it was our stop, and miraculously, the rain and hail held their breath for a moment.

"Que suerte!" (How lucky!) I said to the woman as I got up to leave and to bid her goodbye. But her response caught me off guard. "Si," she said, "Los gringos siempre tienen la suerte y la plata." (Yes, the gringos always have the luck and the money).

I didn't know how to respond but was quite taken aback. I felt quite offended by the statement and immediately was insulted that she and maybe many other Peruvians looked at us that way: as rich, white people that always get what we want. I can't say that's entirely untrue, but it's definitely not always true.

A bit more thinking, and I started to understand her statement more. Not exactly in her defense, I started to justify her words a bit and see the situation from her eyes.

Tourists visit Cusco year round, some with an interest in the culture and language, but many that come with a complete lack of respect and a burning desire just to party hard, get souvenirs for the cheapest price possible, post some cute pictures to Instagram by the main sites, and then they're gone. Meanwhile, although tourist agencies are benefiting, the local people only get a foreign infestation of tourists that don't honor their way of life.

So yes, she made an offensive generalization likely based on past experience, and so did I. I assumed that all Peruvians look at me as a walking wallet and only want me to purchase their goods and be on my way. And although to some extent we are both right (there are some gringos with a lot of luck and a lot of money, and I have found it quite difficult to form genuine relationships with Peruvians who only seem to have eyes for one thing), we are also both very very wrong.

There are so many people that come to Peru each year that are very interested in Peru itself, for its people, its history, its culture. And they want to soak it up and form relationships with locals and learn from them.

In turn, there are many Peruvians that are interested in meeting foreigners simply in the interest of cultural exchange, to talk, to listen, and to learn, no financial transactions involved.

However, clearly there's still a huge problem. Clearly, the majority of us, as travelers, as tourists, are doing something very wrong to leave Peruvians with such a sour taste in their mouths when it comes to foreign tourists. What can be done to make tourism more respectful? To promote responsible traveling? To encourage intercultural dialogue? To hold tourists accountable for unacceptable behavior? To prohibit the commercialization of local people as if they are attractions that can be photographed freely? To foster meaningful relationships between visitors and Peruvians and to end the ill-will in a country that has been so poisoned by tourism?

To conclude this lengthy post, yes, I had several more of these moments that made me question the integrity of tourism. I will continue pondering.

In the meantime, I also had some truly lovely moments with Peruvian people that made me appreciate the gifts that traveling can bring. Those times will stick with me. 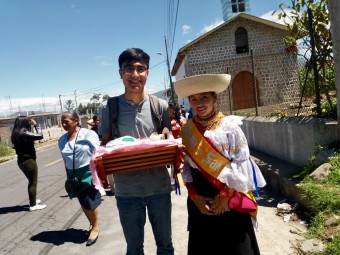 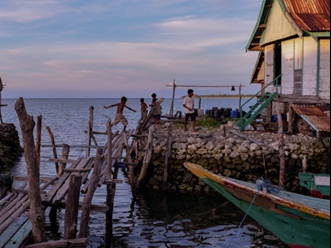 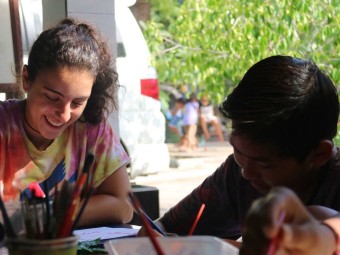