Coming to France was like leaving behind all sense of familiarity. My French was not that great. And here I am in a town and country I have never been before. Essentially, the only sense of familiarity I had was myself. But, I have danced this dance before. As an international student having a professional experience abroad, let’s just say I have had my fair share of ‘abroads’ here and there (that was supposed to be a joke by the way, gotta liven up this blog somehow!) But when you have lived through multiple new experiences, you learn to cope. You learn to recognize patterns, know things that are out of your control and plan around them. Going to college in the US had prepared me well. I expected to be quite confused in the first week of arriving in France just as I was well, I arrived in Philly, to have to learn my way around, learn where the nearest grocery store is, get used to the transportation system, know how to get to work, and most importantly, know how to do all these things in French.

Expectation doesn’t guarantee that things will be easy though; there are almost always factors outside of our control. I missed my connecting flight from Frankfurt to Geneva due to a hold-up at the immigration office and security check-in, but I talked to one of the airline staff later, and she rebooked my flight. I arrive in Geneva and realized that I had no internet outside of the airport and no cell service and had to figure out how to get to my Airbnb. But I used my taxi driver’s phone and internet instead. My Airbnb host didn’t speak English, and I didn’t speak French, but we found our way to communicate. After a few days, I started getting used to things.

Most things worked out, but one challenge remains: being able to interact with the local people in French. Since I arrived, I realized pretty quickly that getting around with no French is possible, with a few French words and maybe some vague body language—especially pointing (pause for a laugh), you can make it through a grocery run, a bus ride, etc. Also, a good number of people speak English. However, as hard as learning French seems, I am not sure if I want to throw in the towel. Coming to France wasn’t the easiest of experiences, but with time, with asking questions, and with patience, things got better. I believe it will be the same with French. As awkward, uncomfortable, and extremely draining facing the unfamiliar may be, it teaches us how to get better at difficult things.

It's kind of like climbing a mountain. At the base, there is always a lot of excitement about the journey ahead and a little bit of joyful pride in anticipation of the beautiful view of the summit. The grind of the climb, on the other hand,  forces us to sweat, it is meant to. The grind takes away our naivete: we either give up and retreat to the base or persevere with each step until we reach the summit.

Ta-Nehisi Coates had this to say on getting better at difficult things:

“I don't know what comes after this. I have said this before, and will say it again: Studying French is like setting in a canoe from California to China. You arrive on the coast of Hawaii and think, "Wow that was really far." And then you realize that China is still so very far away. "Feelings" come and go. Likely, someone will say something—in the next hour or so—which I do not understand and I will feel a little hopeless again. But right now, I feel high. And one must savor those moments of feeling high, because they are not the norm. The lows are the norm. The Struggle is the norm. May it ever be thus”.

The struggle is the norm, but maybe, that is not a bad thing. The mountain climber is forged in the grind. But here and there, as they come, I will remember to savor the small achievements.

Update: I ordered my food this afternoon J. Shout out to my co-interns at work who always push me to order food in French. And yes, it was a burger and fries 👀 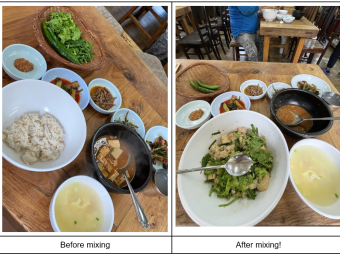 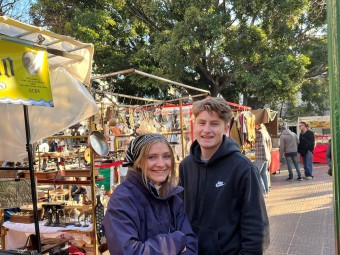 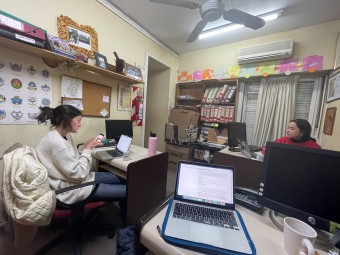