Despite the wind blowing around me, beads of sweat formed on my forehead as I sat waiting for my first interview. This wasn’t like any of the previous interviews I had done before in my life. Instead of being asked the questions, I found myself on the other side of the conversation, as I sat before the interviewee with a handful of eager questions at my grip. Unlike before, these interviews were not even in English; I had a translator helping me navigate and lead the new Sinhalese conversation. I was embarking on a new journey.

Sitting in front of me was a variety of chronic kidney disease patients. People who have suffered from this disease for a number of years with financial struggles, family pressures, educational barriers, and societal lack of support. Overall, these are patients who have faced a multitude of sociopolitical injustices, and as an interviewer, I was about to face heavy dialogue concerning such issues and more in Sri Lanka.

Starting these conversations did not come naturally at first. I couldn’t make small talk and build a connection with the patient, since I barely knew a few words in Sinhalese. Everything that I wanted to say was screened and put out through the words of the translator. It felt as if I was watching a movie with delayed subtitles. While the patients expressed many emotions as they explained their stories, I could only understand through the translations that followed a few seconds after their own explanations. Even if they started to cry in front of me, I couldn’t even discern why until the translation came. It was an experience that took time to naturally flow. But eventually, it got easier.

Through these interviews, I was able to learn about farmers who were neglected as citizens under the eyes of governmental institutions. Men who had families to feed were compensated with a mere 5,000 rupees for their inability to work that stemmed from their diagnosis. A woman who had nine grown children but no caretakers were forced to commute back and forth from the hospital kilometers away every month alone. Men and women of all ages had been crushed under the medical gaze to the point where the superiority of the doctor scared them to even ask a question about their own disease. But regardless of the patient, most agreed on one thing: chronic kidney disease is a death grant, and despite the medicines and treatments, the diagnosis is like getting a ticket to await your turn on death row. Hopelessness infiltrated the words of these patients as they spoke of the inability to cure this disease with medicine of any shape, size, or type.

Throughout each of my interviews, I always asked about the doctors’ ability to connect with patients and offer care that patients trusted and believed. With less than five minutes per visit, patients are never inclined to ask questions or develop a rapport with their doctors. This is something that affects patients of all kinds. While the doctor is the easy victim to blame, I was also able to see through the eyes of the doctor one day, as I was interviewing a line of patients at a nearby temple. As soon as we announced that we were looking to speak to kidney disease patients, dozens stepped into a line branching out the door. Elderly and young folks from neighboring villages and towns came to share their experiences, but as an interviewer, I was overwhelmed, just as a doctor might be when tending to the lines of patients each day. While I wanted to spend the usual hour-long interviews discussing every detail, I also wanted to meet as many patients as possible and share their stories. Some left after hour-long waits for interviews, while others sat clenching onto their experiences in mind. It was a tough situation to be placed in, but it showed me the dichotomy of this situation, while illustrating some of the crevices breaking the healthcare system from within.

As I remember sitting in front of that first interviewee, hands shivering and palms sweating, I had no idea about the magnitude of information that each patient held. Each one waited eagerly to share and to talk, even if it was with a stranger student like me. And for that, I thank them each day, for teaching me the importance of an interview and the stories, emotions, and convictions that each showed me throughout my fieldwork in Sri Lanka. 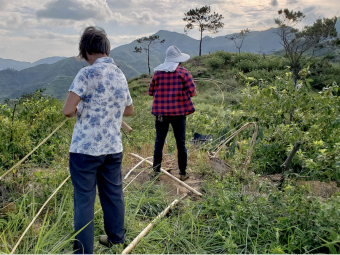 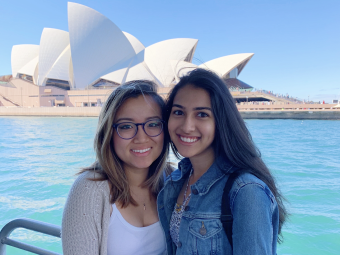 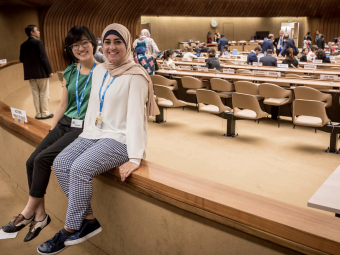