Since Manna Project International is an organization based in Sangolqui, Ecuador, I expected my experience to be global in the sense that it would allow me to interact mainly with Ecuadorians. This was truly the case, but the global nature also included other aspects such as language exchanges with Ecuadorian community partners and interacting with other interns from around the world. I was working with Manna for 10 weeks, and so I was able to interact with two sets of interns in two different sessions. In session one we had several students from the US (as I had expected) and students from Peru and Hong Kong. Now the latter was what I did not expect. When scheduling meetings, the program design staff had to take into account the different time zones.

The other aspect of my internship that made it global was the fact that we all had language exchanges with an Ecuadorian community partner. My community partner was nice enough to engage in conversation with me two times a week, even if he had to teach Spanish and English classes. At first, it was difficult to allow myself to make mistakes when speaking in Spanish, but once I got comfortable I was able to make an Ecuadorian friend. I still have these language exchanges once per week and they give me the chance not only to practice Spanish but also to continue learning about Ecuador. I took advantage of most of the activities that included some form of interaction with our community members in Sangolqui. For example, we had English Conversation Club where we would have games or other activities that helped to facilitate English conversations with the community members.

Something that I really enjoyed was the first thirty minutes of every meeting. During our full-group meetings, we had games that included general knowledge about Ecuador and its culture. I really liked learning some of the colloquially used words that have been integrated into everyday use by Ecuadorians (example: "achachay" which is derived from Kichwa). During the first half of my Spanish lessons, my teacher and I would find out how each other’s days and weekends were. Most of the time, we found out so many similarities between Kenyan and Ecuadorian culture, like the fact that we both eat all parts of the cow, the sheep and the goat, even the hooves (used to make soup)! Another interesting thing is that it was quite seamless for me to learn how to pronounce things in Spanish, save for the exceptions (words ending in -que and those that have -gue- in the root).

Lastly, this internship was able to open up the world of Latin America to me in terms of the education sector, international non-profits and community programs. Through Manna Project International, I have also been able to integrate things that I learned from my working experience in Kenya and my school experience in the US in an organization in Ecuador. If you add the different stories I heard from my colleagues who had had other global experiences, I would say that my global experience was far more “global” than I had expected when I was starting the internship! 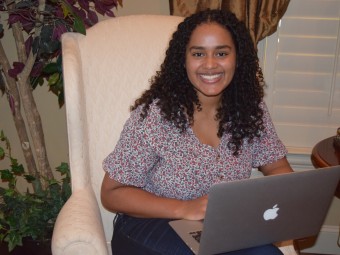 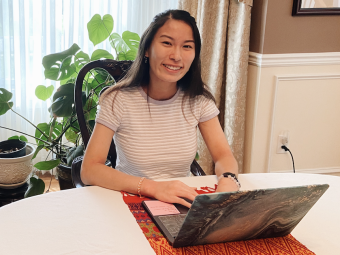 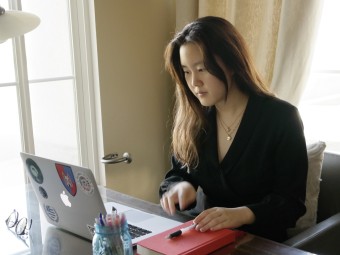