T-shirts for a Cocoa360 marketing campaign.

It was the sweet spot of slowly being able to have a footing in the team and finding your own place for me in July. I was in a comfortable place with my coworkers as well as supervisor, learning a lot about work and also in a place where I could work independently without asking for too much help. Acquainted with the workplace culture and flow of work it felt as though I had become great at work. My feelings of uncertainty and awkwardness were slowly being replaced with excited eagerness.

Until I checked our social media page that week. It was flooded with pictures advertising a new campaign. All my teammates wearing matching t-shirts with catchy slogans and big bright smiles. Seeing these pictures triggered a feeling of missing out within me. Every week, these were the same people I was brainstorming with, sharing my progress with, and working with. But my lack of knowledge of this campaign fueled by the fact that the physical presence I was missing was captured in those pictures challenged my belongingness. It was then that I first realized that my teammates spent most of their days together. I just got two hours of the week to exchange our ideas. Since most of my work did not need much teamwork I had never had this realization before. The bare minimum of communication was enough to get me through.

Soon after the meeting, I had a chance to reflect on why I first chose to be part of the organization: the passionate community. My work goals for the next week gave me the perfect opportunity to make up for what I’d been missing on. Preparing a grant application for our next prospective funding opportunity needed inputs from most of our different departments. Soon I was writing introductory emails and scheduling chats. When emails would have sufficed to request materials, here there was an opportunity to get to know the community that I admired so much. I was soon surprised by how much of the organization’s members had ties to Penn. It was a unique chance to discuss Penn between an alumnus of 8 years and a rising sophomore who’d never been on campus. Tracing their journeys, laughing about a class we both struggled with, asking to be taught a new skill, and being readily welcomed was far more than what I’d expected to gain.

As I’ve written down my thoughts I’ve had a startling realization. A skill that has made me very apprehensive at Penn has been networking. Now looking back at the past month, my GRIP internship has led me to somehow pick up the skill organically, which is perhaps the best way to do it. 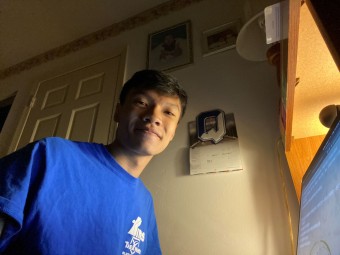 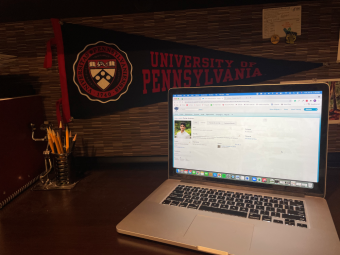 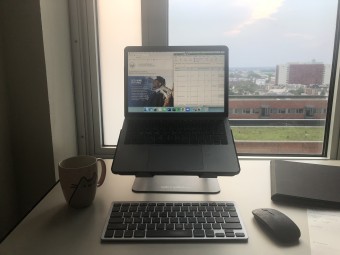 GRIP, Internships Abroad
Letter to My Pre-Internship Self
by Jessie Zou, WHARTON '23
View All Blogs