Erin Hayes, a junior studying Physics, participated in a Penn Global Seminar that traveled to Delhi, India, where she learned about the city in this unique writing seminar during Spring 2019. I sat down with her to learn more about her time abroad, her inspiring learning experiences, and what made them so meaningful.

Tell me about what you study here at Penn and how you made the decision to study abroad?
So before coming to college, I knew that I wanted to go abroad as it seemed like such a unique experience to be able to study in a different country that you likely wouldn't have time to do during any other point in your life. I study Physics, and I was told that it wasn't going to be possible to study abroad during the semester because of requirements such as lab work and course sequences. So, doing a full semester abroad didn't seem like something that would be possible for me. But then I went to Quaker Days in the spring before my freshman year and I learned about Penn Global Seminars. I heard it was an accessible way for me, someone who was in the STEM field, to be able to go abroad and have that abroad experience.

What was your course about and what was it like?
The class itself was almost like an urban studies class about Delhi. Yet you could choose whatever aspect you want to study about the city and then do research on that aspect and dig into the culture. I specifically chose to focus on women's rights and women's health in Delhi and I discussed a lot about violence against women. It was really neat to have this whole class be about an issue important to me and then midway through the semester be able to actually go to the city and see the dynamics of how everything I researched happens because it was so different than any other city that I've been to. It has a massive population and has an architecturally different style which has huge effects on how the city functions. So, being able to see that and then come back and write my opinion piece was really interesting because I got to include a lot of my own experiences, which is something I would not have had otherwise.

Describe to us your favorite day during your trip and what that was like.
There was this moment towards the end of the trip where we were driving around the city and we pulled up to the site where Mahatma Gandhi was assassinated. At first it didn’t seem like much from the outside but then we went in. Inside it was small and the entirety of the busy street just completely disappeared as everything became so calm and so serene. It forced me to pause and take in what was around me, which was his unchanged house and the entire trip for that matter.

What was your favorite travel experience?
I was thinking about this this morning, and I thought, “Oh, it's so cliche to say this but probably when we saw the Taj Mahal,” but this was definitely my favorite day! It was really neat to sit on the bus, which we got up super early for, and see the sunrise on the way to the Taj. We were one of the first people in and so there was pretty much no one else around but out of the foggy mist we saw this huge gorgeous building and it was just absolutely breathtaking.

What about off the beaten path adventures? Did you have any of those?
So something that drew me to this PGS was that Delhi is not a super accessible place to just go say like on a family vacation or with friends. It can be really difficult to get around if you're not in a tour group which is an interesting thing to think about. In particular, there was one day in which our tour guide took us around Old Delhi, weaving us through the super narrow streets where I would have gotten lost in 30 seconds on my own. It was a part of the city that our professor was even weary about navigating. However when there, there was this strong smell of spices. It was just everywhere, along with people trying to sell you something. It was definitely an interesting experience.

How about your favorite travel mishap?
One day the professor decided to give us some free time in the evening after dinner. I was so excited to go shopping in this little square area, but it had gotten a little bit dark so we were like, “oh, we could walk home but there's also these rickshaws lets take that.” They are these motorcycle-cars with three wheels and seating in the back. I have some very funny videos of us riding home in one where we were holding on for dear life!

How did you budget both your money and your time?
Our schedule was pretty packed which is wonderful because we got to see so much in such a short time. I feel like as far as money budgeting, the trip also pretty much covered that and it was really nice that they covered most meals. So I probably overspent on souvenirs and other stuff!

What were the other people on your trip like?
Beforehand, we were friendly with each other as we've written some writing pieces together. I think we had someone from each school and it was cool to meet so many different people and then hear what they had to say because everyone had a different experience. On the trip, we were obviously spending all of our time together and getting to know each other really well while experiencing all these new things together. So having that shared experience was really special. We all got along super well and I am still in touch with many of them.

Would there be anything that you would have changed about the trip?
I can't think of anything. They did such a good job planning and even gave us one day where we could see or do anything we wanted. It was really neat that we had a little bit of that flexibility too. They did a good job of leading us around but then also letting us have time to explore on our own. So, yeah, it was a really good balance that they made for us.

What advice would you give to another student looking to study in India?
It can be very inaccessible for tourists who don't know the city well so be sure to go with a guide or someone knowledgeable. And be careful when crossing the street! I'm not sure when it will become a tourist hub, but I imagine that eventually it will be so take advantage of what it's like today. Go now.

What was the most essential item that you packed?
Perhaps sunscreen, but most of everything we needed was provided!

What was the most useful local slang term you learned?
One word meaning water and the other meaning thank you. Both came in handy plenty of times!

What are three words that you would use to describe your study abroad experience?
Fun and not replicable. 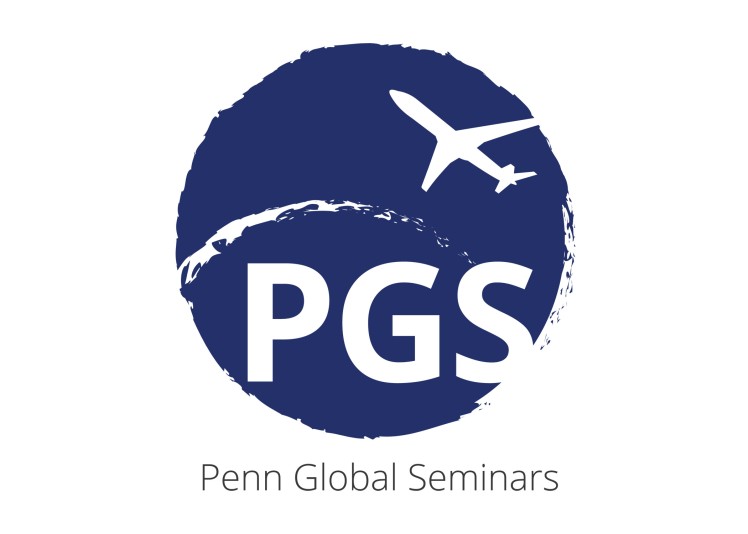 Penn Global Seminars combine intensive semester-long study with a short-term travel component that deepens your understanding of concepts discussed in the classroom. Courses options are available for Penn undergraduate students across majors and years. 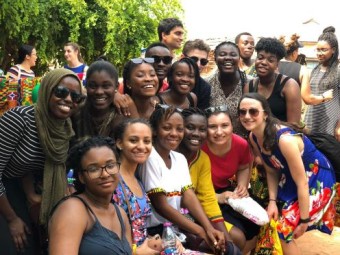 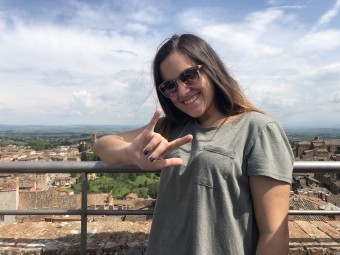 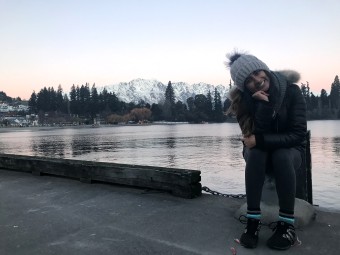