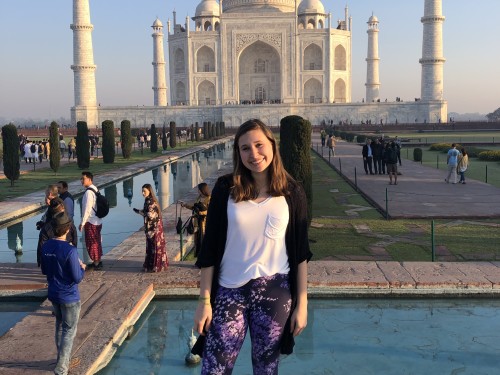 Studying abroad as a STEM major. As a STEM major, I never expected to study abroad. Friends and classmates had told me that it was practically impossible to do, considering my course load would include classes with two-semester sequences and lab work both during the year and in the summer. For this reason, I did not think I would study abroad at all while at Penn, and especially not as a freshman. Despite my little hope, I went to a Penn Global information session and discovered Penn Global Seminars. The class made studying abroad accessible to me, even with an incredibly busy schedule. Feel free to reach out to me with questions about fitting time abroad into your four years at Penn. I didn’t initially believe that it would be possible for me to do, but Penn Global, fortunately, proved me wrong.

Because Penn Global Seminars have both classroom and travel components, I was able to get the most out of my time abroad. At the beginning of the semester, everyone in the class chose a topic to write various pieces on throughout the semester. I chose to look at women’s rights in India because it is a timely topic that is very important to me. While I had done significant amounts of research on the subject, it was not until we returned from abroad that I felt I could write on it with authority. Having the personal experience to add to persuasive essays and opinion pieces made all the difference in the quality of my argument and my writing. The travel component made what I was learning personal to me and, as a result, I got so much more out of the class. Furthermore, my time in India inspired me to attend a couple of Indian dance workshops back on campus. It is a fun way to stay connected with the culture and has introduced me to wonderful new people. I plan on continuing taking those dance classes whenever possible.