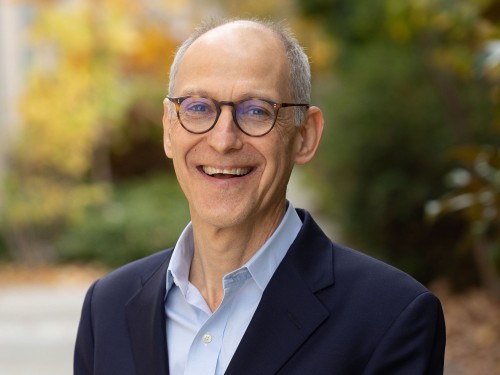 Ezekiel J. Emanuel is the Vice Provost for Global Initiatives, the Diane v.S. Levy and Robert M. Levy University Professor, and Chair of the Department of Medical Ethics and Health Policy at the University of Pennsylvania.  He is also an Op-Ed contributor to the New York Times.

He was the founding chair of the Department of Bioethics at the National Institutes of Health and held that position until August of 2011. From January 2009 until January 2011, he served as a Special Advisor on Health Policy to the Director of the Office of Management and Budget and National Economic Council.  He is also a breast oncologist.

Dr. Emanuel has published over 300 articles in bioethics and health policy.  He is the most widely published and cited bioethicist in the world.  He has also authored 6 books and edited another 6 books.  His most recent books are Reinventing American Health Care and Prescription for the Future: The 12 Transformational Practices of Highly Effective Medical Organizations.  He was also the lead editor on The Oxford Textbook of Clinical Research Ethics.

After completing Amherst College, he received his M.Sc. from Oxford University in Biochemistry.  He received his M.D. from Harvard Medical School and his Ph.D. in political philosophy from Harvard University.  His dissertation received the Toppan Award for the finest political science dissertation of the year.   In 1987-88, he was a fellow in the Program in Ethics and the Professions at the Kennedy School of Government at Harvard.

Dr. Emanuel is a frequent contributor to the New York Times, Wall Street Journal, Washington Post, and The Atlantic.  He also regularly appears on CNN and NPR.

Dr. Emanuel has received numerous awards including most recently the $1 million Dan David Prize for bioethics.  He is a member of the National Academy of Medicine (formerly the IOM) of the National Academy of Science, the Association of American Physicians, and the Royal College of Medicine (UK).  Hippocrates Magazine selected him as Doctor of the Year in Ethics. He received the AMA-Burroughs Welcome Leadership Award, the Public Service Award from the American Society of Clinical Oncology, the John Mendelsohn Award from the MD Anderson Cancer Center.  In 2007, Roosevelt University presented Dr. Emanuel with the President’s Medal for Social Justice.  In 2013, the AMA recognized him with its highest bioethics award: the Isaac Hays, M.D. and John Bell, M.D. Award for Leadership in Medical Ethics and Professionalism.