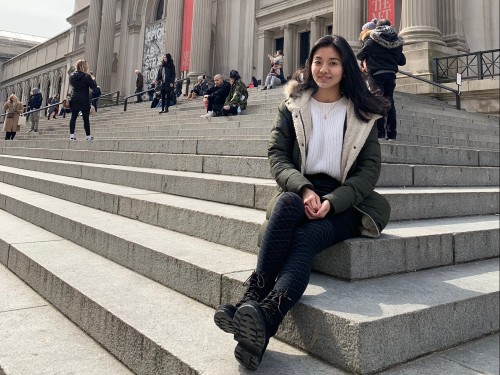 My Experience at Penn:

I'm interested in the power of storytelling and hope to use it in my career in whatever form it may take. Through taking academic courses like Urban Journalism (URBS252) and Magazine Journalism (ENGL128), I was able to get an insider's understanding of what it takes to make it in that field. Not only that but by participating in school publications like the DP, I was able to put into practice some of the things I learned in class. Furthermore, by experimenting with film-making - something I have never considered before - I was able to explore new modes of documenting and storytelling. After having done two years and a half back home, the fresh environment at Penn provided a new platform to experiment and to engage in both academic and nonacademic settings.