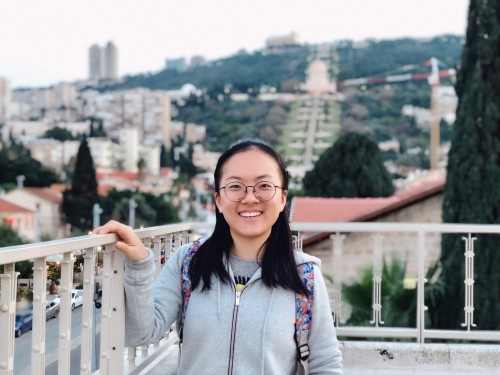 My semester abroad experiences greatly benefited my academic career at Penn. I have three majors in German, Cinema & Media Studies, and Comparative Literature. When I studied at the Freie Universität Berlin through the Berlin Consortium for German Studies (BCGS/BBN) program, I was able to take six classes in German. My German language abilities improved a lot, and I gained a more nuanced understanding of German cinema through courses on specific German film genres such as Heimatfilm, queer German cinema, and films of the former German Democratic Republic, which are not usually offered at Penn. The knowledge I gained and the culture I experienced through the BCGS program motivated me to conduct archival research in Berlin in August 2019 for my two upcoming senior theses on the portrayal of the Chinese in East German documentaries of the 1950s.