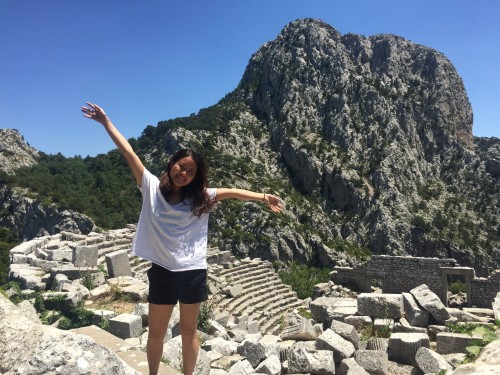 As a BIBB major, I was interested in applying to the neuroscience department or other related departments at Bogazici. I discovered that Bogazici did not have a neuroscience department within the undergraduate level, so I applied for the psychology department. Never having taken an "official" psychology course, I chose to take the Introduction to Psychology class and another psychology class that fulfilled an elective requirement within my BIBB major: Abnormal Psychology. At the time while I was abroad, I was only focused on a medical career and heavily considered the psychology field. The psychology courses I took were taught in a way that allowed me to critically think about the psychology field, and I am tremendously thankful I applied for the department. In addition, I continued to take a Turkish language class, as I had already taken one at Penn the previous semester, to develop my own personal interest in the Turkish language as well as complete the requirement that Penn dictated for being abroad in Turkey.