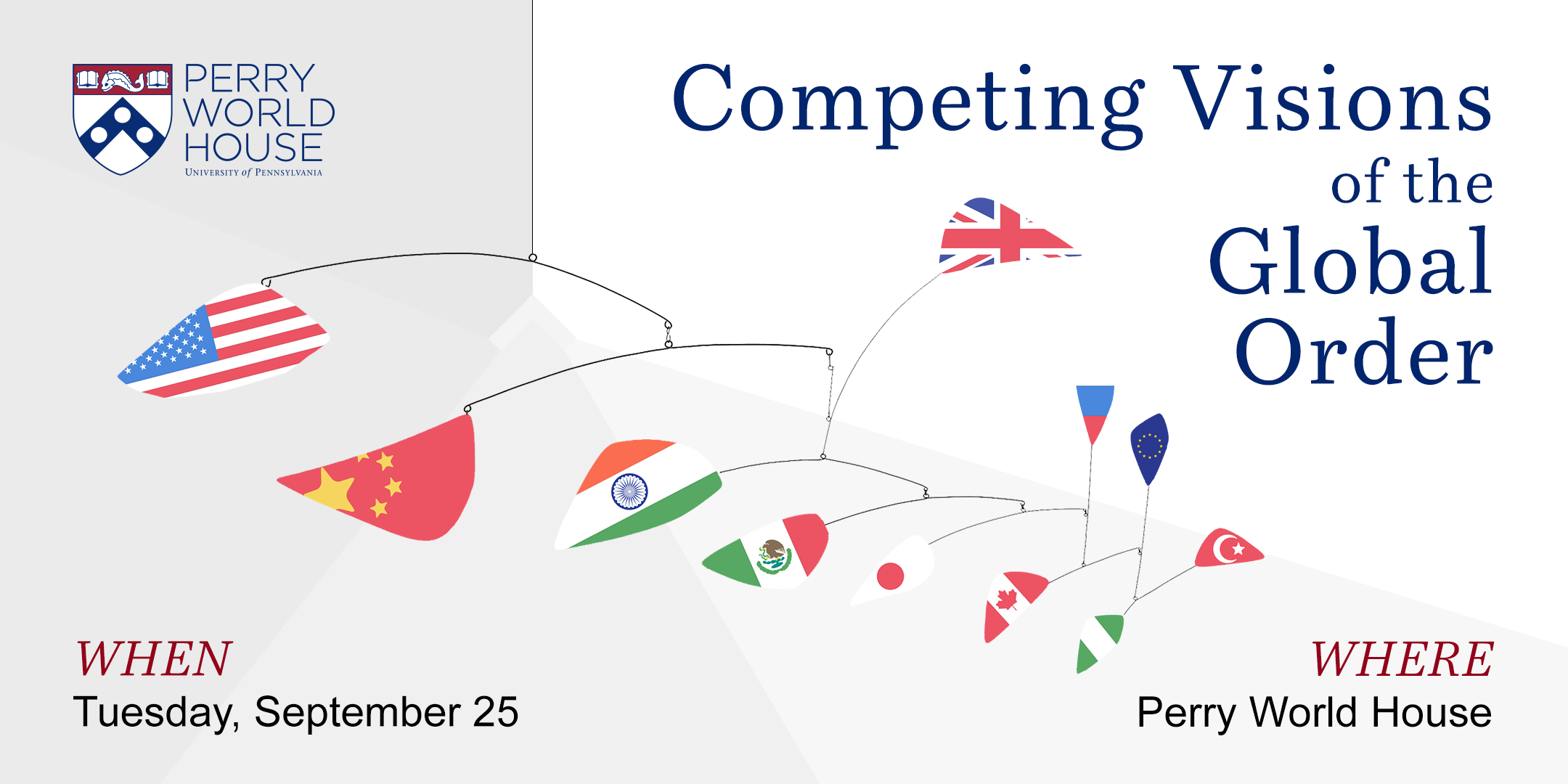 How is the Global order faring at a time of dramatic change and how must the economic, security, legal, and cultural regimes evolve to keep up?

Which states are discontent with today's global order and what is each willing to risk to re-shape it?

What is the United States willing to do to keep its leadership position in the global order?

Given competing national interests and distracting domestic politics, where is there room for cooperation in the management and evolution of the global order?

Join scholars, policymakers and leaders from around the globe at Perry World House to answer these and other critical questions on Tuesday, September 25.

National Visions of the Global Order