How are emerging technologies such as artificial intelligence, cyber, and robotics shaping global politics?

The Emerging Technologies and Global Politics Project at Perry World House is researching how a new generation of technologies is shaping global affairs, from how economies and societies function to the way that militaries will operate.

This interdisciplinary, multi-method effort is led by Director and Richard Perry Professor Michael C. Horowitz and is composed of research teams studying the intersection of emerging technologies and global politics across a variety of different research areas. These include: 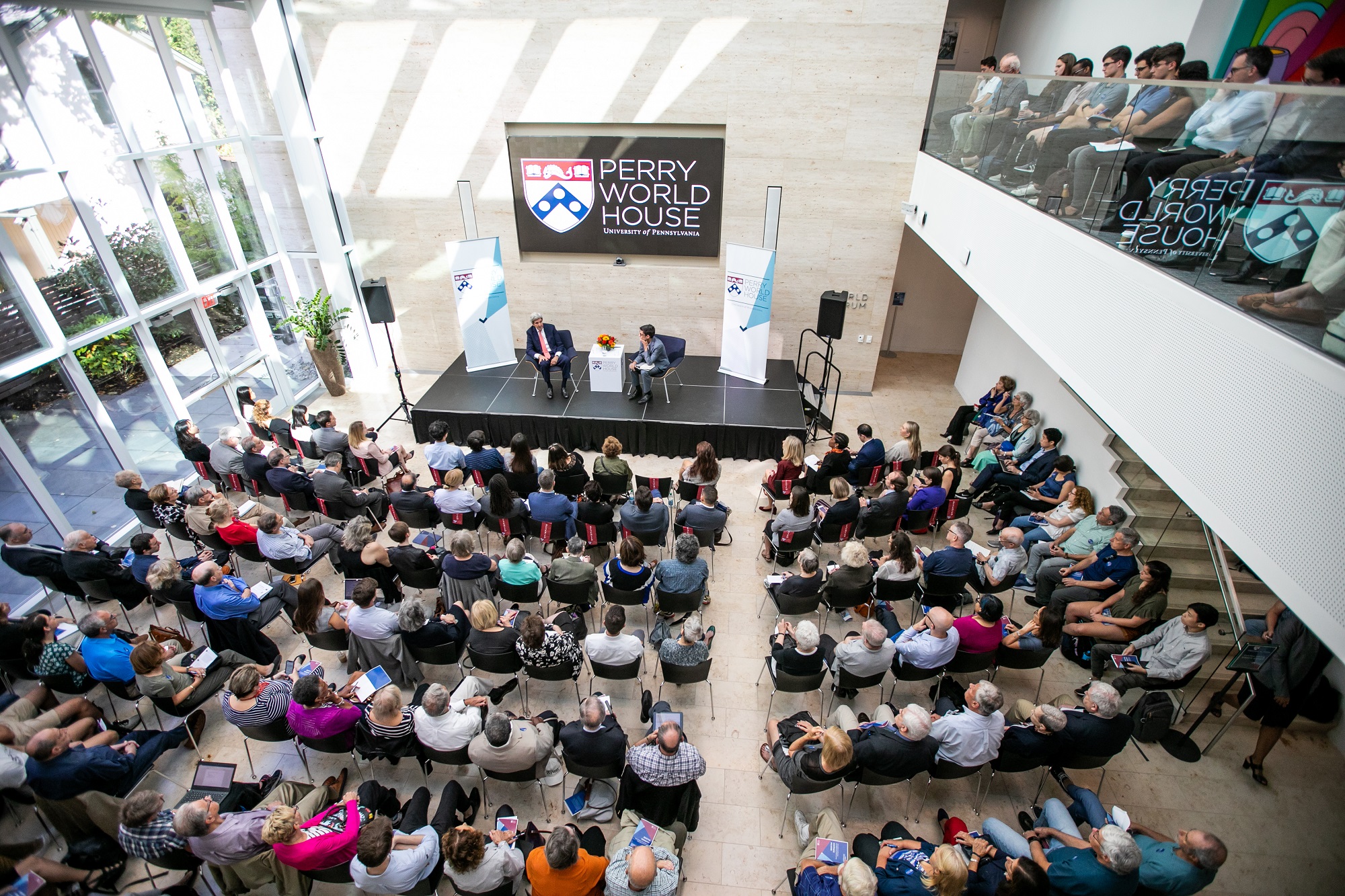 Convened by Perry World House faculty affiliate Claire Finkelstein on November 21-22, 2019, this workshop explored how new technologies are strengthening autocracies around the world, and what democracies can do to limit their effectiveness.

On October 29, 2019, this workshop examined cyber norms - and the processes that promote them - as a means of addressing cybersecurity at the global level. It was co-sponsored by Perry World House, Microsoft Corporation, and the Carnegie Endowment for International Peace.

On September 23-24, 2019, Perry World House convened its 2019 Global Order Colloquium around the theme of “How Emerging Technologies are Rewiring the Global Order.” The event explored how artificial intelligence, robotics, quantum, and other trends in technology are shaping international security, governance, and human rights.

In celebration of its one-year anniversary, Perry World House hosted the inaugural annual colloquium for its research theme on the Future of the Global Order: Technology, Power, and Governance on September 25-26, 2017. The colloquium explored, from both an academic and policy perspective, how the phenomena of populism, nationalism, and retrenchment are altering the global order. 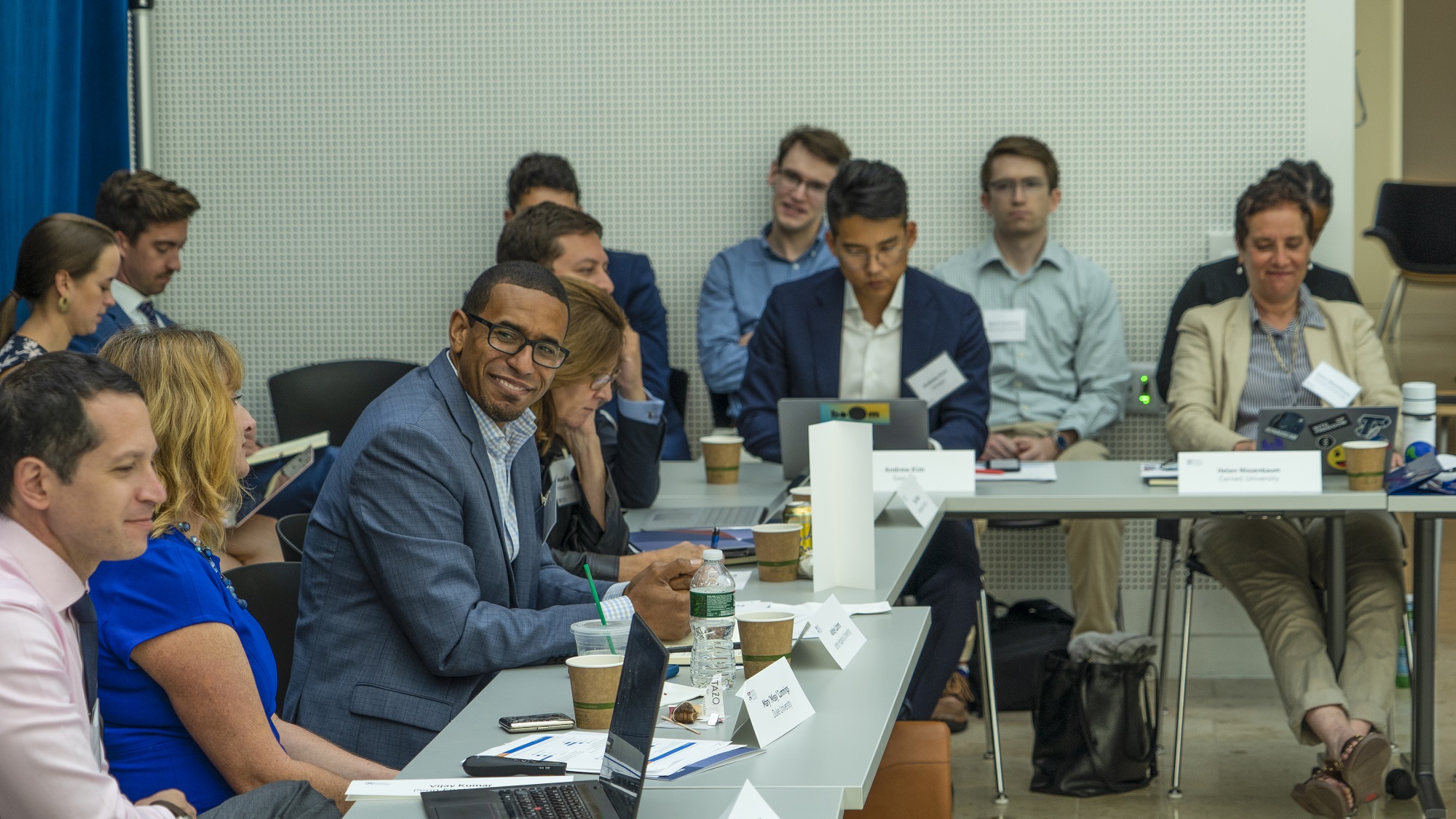 Perry World House's new white paper proposes a novel approach to developing forecasts about geopolitics and global crises. The authors argue that by using rigorous crowdsourced methods, the U.S. government will be better able to know what lies ahead and how to prepare to meet the future's challenges and opportunities.

Artificial intelligence (AI) talent is global. AI researchers and engineers come from, and are in high demand, around the world. So how do they decide where to work? Given the global nature of demand, countries and companies trying to recruit AI talent face immense competition. In order to understand current and prospective flows of talent, researchers at Perry World House and the University of Oxford's Future of Humanity Institute have investigated what drives AI researchers' immigration decisions and preferences, with a survey of more than 500 researchers.

When AI is in control, who's to blame for military accidents?, Bulletin of the Atomic Scientists  | By Julia Ciocca and Lauren Kahn

Military accidents happen. They’re an accepted aspect of international politics, and political and military leaders often cite human error as a cause. Relations stabilize and both sides move on. But as militaries invest in new technologies and move into an era when machines, not generals or pilots, take on more decision-making, a new risk—that accidents won’t be resolved so neatly in the future—has emerged.

The Future of Military Applications of Artificial Intelligence: A Role for Confidence-Building Measures? Orbis | By Michael C. Horowitz, Lauren Kahn, and Casey Mahoney

As militaries around the world seek to gain a strategic edge over their adversaries by integrating AI innovations into their arsenals, how can members of the international community effectively reduce the unforeseen risks of this technological competition?

The articles in this roundtable represent analyses from panelists at our 2019 Global Order Colloquium, exploring how emerging technologies like artificial intelligence (AI) are changing international politics.

As cyber insecurity has become a growing problem worldwide, states and other stakeholders have sought to increase stability for cyberspace. As a result, a new ecosystem of “cyber norm” processes has emerged in diverse fora and formats. This paper builds on conversations at our workshop on cyberspace and geopolitics in fall 2019, where experts assessed the various cyber norm processes both individually and collectively.

This report is based on discussions at our workshop on cyberspace and geopolitics in fall 2019. These conversations indicated that while the splintering of cyber norms processes in recent years raises cause for concern, fragmented initiatives provide reason for optimism that norms will eventually solidify.

Penn convened experts from across its schools and disciplines to make recommendations to the National Security Commission on Artificial Intelligence (NSCAI), which was established by the U.S. Congress to ensure continued American leadership in the field. This White Paper includes new ideas for how the U.S. government can think about and prepare for an AI-dominated future.

As the technology advances, military personnel, policymakers, and intelligence analysts will need to adapt to and learn the basics of AI. A renewed emphasis on AI education for those that will make key decisions about programs, funding, and adoption is essential for safe and effective U.S. adoption of AI in the national security sphere.

As political and strategic tensions are likely to intensify around technological developments such as AI, Elina Noor argues that context, communication and cooperation are critical to ensuring that AI develops as a force for good.

AI has the potential to bring profound change to nearly every aspect of modern life. For Ambassador Amandeep Singh Gill, more needs to be done now to establish rigorous and trusted regulatory frameworks that encourage practices that develop 'AI for Good' in the future.

Mapping the terrain: AI governance and the future of power, IISS Survival | By Andrew Imbrie

The adoption of AI will transform the global economy and international politics. In this piece, Andrew Imbrie explores the different ways AI may develop in the future and how governance structures will need to adapt accordingly.