Fall 2019 Colloquium: How Emerging Technologies are Rewiring the Global Order

John Kerry, U.S. Secretary of State from 2013 to 2017, in conversation with Perry World House Student Fellows and Graduate Associates.

On September 23-24, 2019, Perry World House convened its fall Global Order Colloquium, titled “How Emerging Technologies are Rewiring the Global Order.” Click here to read the report, as well as thought pieces from experts who attended.

The colloquium explored how artificial intelligence, robotics, quantum, and other trends in technology are shaping international security, governance, and human rights.

The first day of the colloquium brought together academics, current and former government officials, industry representatives, diplomats, and journalists for expert-level interdisciplinary discussions that bridged the gaps between academia and policy. 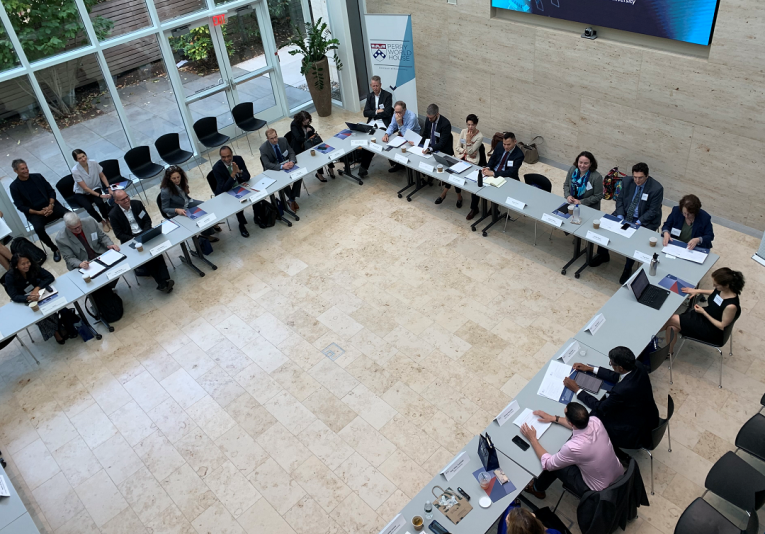 Scholars and a range of policy experts and practitioners gathered on the first day of the colloquium to discuss both the promises and perils artificial intelligence poses for the global order.

The colloquium facilitated dialogue between representatives from the policy, commercial, and academic sectors. Participants included Missy Cummings, a Professor of Engineering at Duke University; Jason Matheny, the Director of the Center for Security and Emerging Technology at Georgetown University; Andrew Kim, a Senior Analyst for Public Policy and Government Relations atGoogle; Helen Nissenbaum, a Professor at Cornell Tech; Ambassador Amandeep Singh Gill; Nadia Schadlow, the former Deputy National Security Advisor for Strategy and a Distinguished Visiting Fellow at Perry World House; and Carl Woog, Director and Head of Communications of WhatsApp.

Participants expressed both a sense of urgency over the imperatives of adapting domestic and international institutions to exert effective governance over developments in AI, as well as some more measured expectations about the extent to which AI applications have revolutionary potential in the near term. The first panel reviewed the state of the art in AI, in human-machine teaming applications, and the complex challenges it poses for design, implementation, and regulation. The second panel examined the prospects for AI to generate destabilizing disruptions in international security affairs, both among adversaries and allies. The third panel focused on the global governance of AI and sought to discern whether existing global institutions are prepared to facilitate international cooperation and regulate emerging technologies. The final panel addressed questions involving the human rights harms implicated by the misuse of AI—either from intentional misuse or from built-in biases. 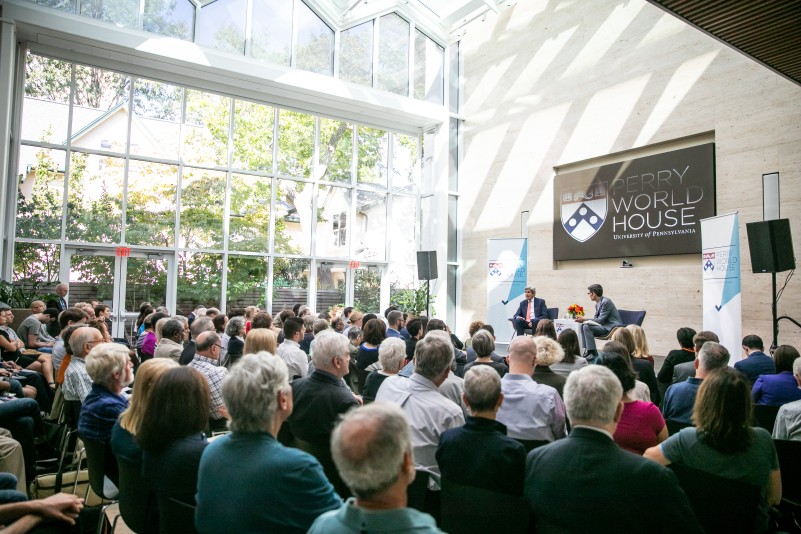 On the second day of the colloquium, students, faculty, staff, and members of the public filled Perry World House for high-level discussions with world leaders in fields from diplomacy and defense to global business and international human rights. 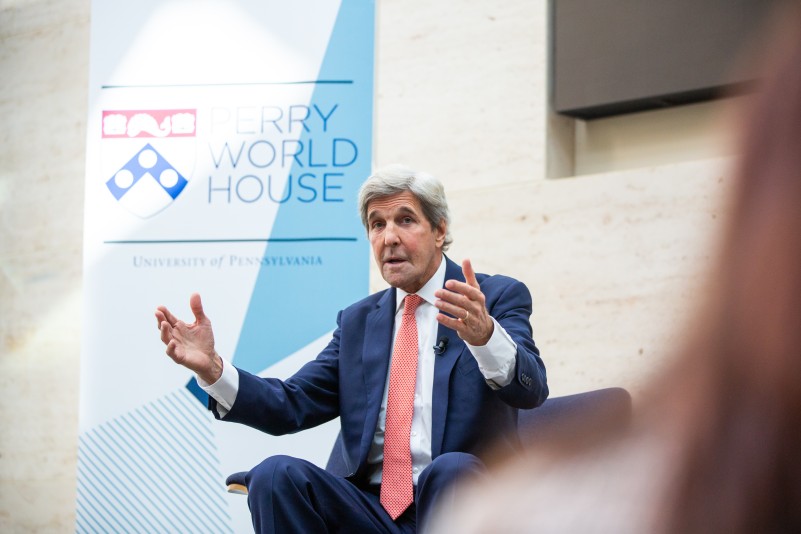 Kerry voiced his support for the recent climate protests initiated by young people across the world this past week. He is ultimately optimistic that the world both can and will act in the face of climate catastrophe. Kerry said he believes the world needs to leverage emerging technologies to combat climate change and other pressing issues facing the U.S. and the international community.

Kerry also spoke about some military applications of AI, such as in missile defense. Referencing the time, energy, and resources put toward nuclear proliferation during the Cold War, he noted a similar arms race could arise from the weaponization of AI. This could lead to trillions of dollars globally being put toward new weaponry that would only yield conflicts “so much more brutally destructive than anything we’ve experienced before.”

But at the end of the day, Kerry is sanguine. Why? He says, “I’m optimistic because we are doing a lot of great things you’re not hearing about. We’re seeing the first generation of children in Africa being born without AIDS—that’s us, we did that … We are capable of great things in this country. If we get involved in and take ownership of the process again, I have no reason to believe we cannot continue to do so.”

The bottom line is, folks, the kids are in the streets asking adults to behave like adults, and they are absolutely right to do so … What we have to do is change the politics.
John Kerry, speaking in defense of youth efforts to catalyze action on climate change 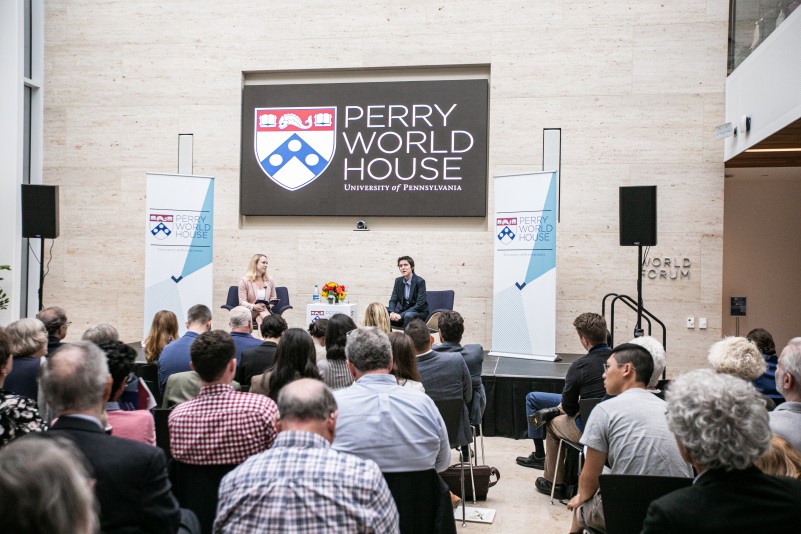 Key to making self-driving cars a reality, however, is understanding how humans and different cultures interact with AI-driven machines. “We have to adapt to people, not assume people will adapt to AI.” Foreign Policy reporter Lara Seligman and Urtasun then engaged in a discussion about a broad range of the challenges and opportunities Uber is facing, from regulation and safety to future trends in self-driving technologies.

Government needs to understand the technology before regulating it. But we in industry also need to play a role in education—the technology is evolving rapidly, so it can be hard to understand.
Raquel Urtasun, responding to Lara Seligman's questions about how to bridge gaps between Washington and Silicon Valley, calls for broader conversation between the tech industry and government 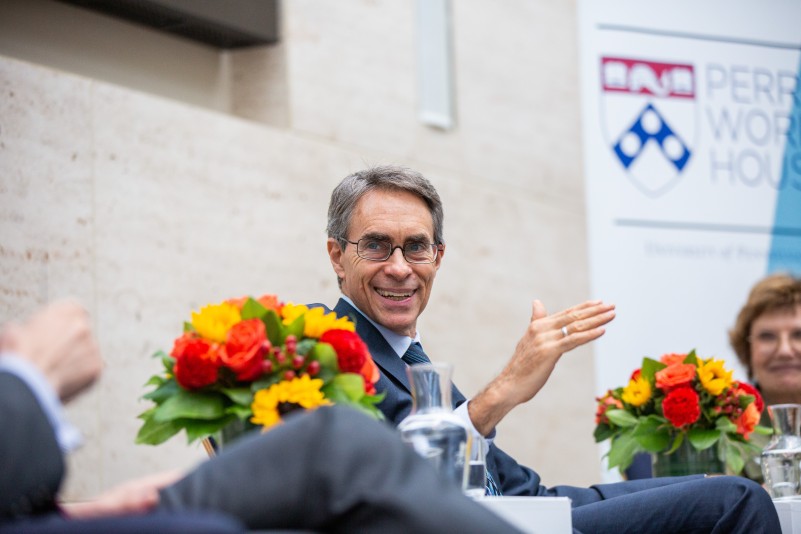 Roth and Al Hussein agreed that technology has been a double-edged sword for freedom of speech, non-discrimination, privacy, and other human rights norms more broadly. While in many cases, social media sheds light on human rights abuses by state actors, the lack of accountability for social media platforms to guarantee privacy standards in users’ best interests is a major concern. Roth noted in particular, “This is an area where we have intuitions, but we have no laws.”

In reflecting on how to ensure emerging technologies promote, rather than undermine, human rights, Roth was pessimistic about developing a treaty to create a UN-sanctioned international solution. He noted that in this era treaties can often reflect the “lowest common denominator standards.” Instead, he views the preferable solution as finding a forum through which very high, thoughtfully-formed standards could be developed. Then these standards can gradually become normatively favored and adopted by more nations until they are the common practice.

Both Al Hussein and Roth expressed concern at the internal proceedings taken up by social media platforms to remove problematic content in the absence of uniform proceedings. Al Hussein observed that courts typically handle First Amendment challenges in the United States, balancing the right to free speech against the harm arising from inciting hatred or violence, and then reach a publicly-articulated conclusion. Instead, social media companies use algorithms to flag content, and an internal employee decides on the content’s removal independent of any formal, public adjudicative process.

Both Al Hussein and Roth said social media companies need to take a more accountable, explicit role in the support of human rights interests internationally. They expressed support for the development of more robust legal constraints that could create uniform standards in this sector.

Without that moral force you have nothing. With that force, you can compel changes in government action.
Kenneth Roth, in response to a question regarding the influence of human rights on state behavior 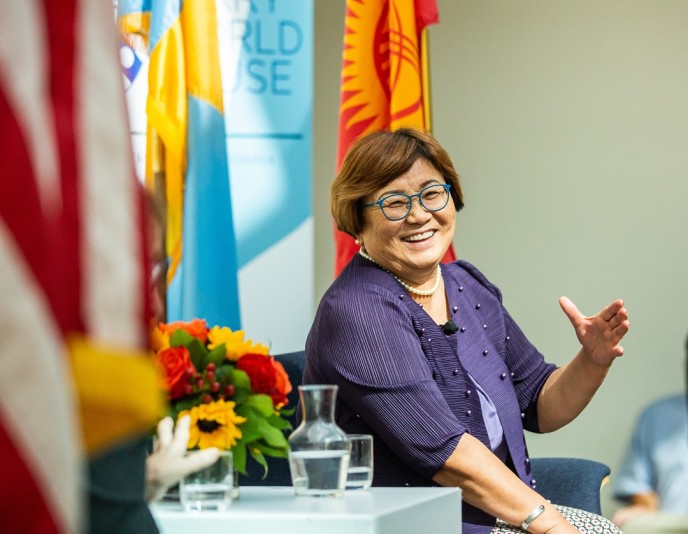 In addition to establishing the first parliamentary democracy in the region, Otunbayeva began her administration following a period of political dispute and deadly civil and ethnic unrest.

In response to her country’s recent history of immense political volatility, Otunbayeva set drastic changes into motion. In describing how she and her constituents arrived at the ultimate vision, Otunbayeva said, “We went against corruption, against family ruling, that was intentional ... We are learning from the globe how to fix the situation … In three months we put forward an agenda for a new constitution with a parliamentary government, we embedded such a group, who sit together, that is representative of our society, we promised to have parliamentary elections, and we promised that we will elect a new president, and that presidents will have a term of only 6 years.”

What challenges does Otunbayeva hope to see her country tackle in the near future? Infrastructure. Over 90% of Kyrgyzstan’s terrain is mountainous, with the population settling in the valleys, so the development of transportation systems like railways would transform the opportunities and resources available to Kyrgyzstan’s citizens.

We are a very young country with a high birth rate ... In terms of digitalization, I want to use these new technologies, so every person in the far corners of my country will learn by telephone very modern things—teach women in the most remote places how to raise children, how to educate them.
Roza Otunbayeva, regarding the role of technology as a tool for education in her foundation's agenda 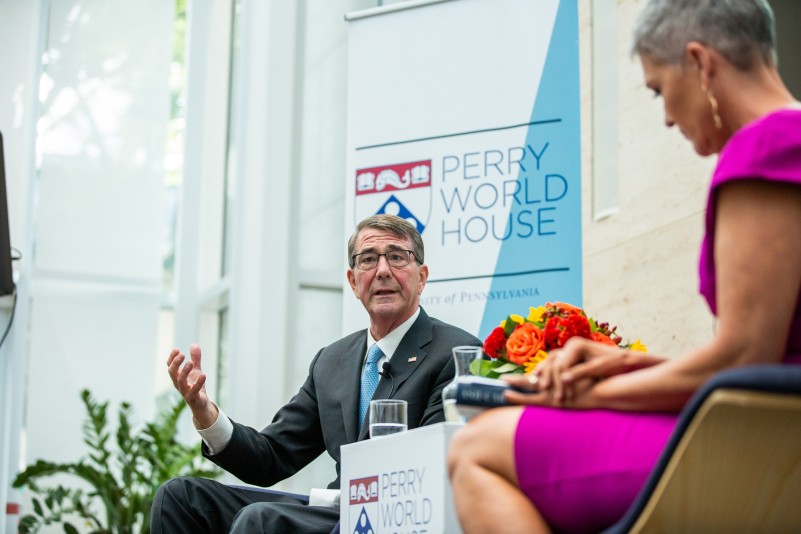 The topics of discussion ranged from civil-military relations to the state of the art in military AI and cyber warfare, from managing the Pentagon to mobilizing U.S. allies in combat, and from Russian election interference to building a strategy to defeat ISIS. Key to U.S. success in all these national security policy arenas, Carter argued, is a sustained commitment to core national values.

As Americans, Carter said, “We keep our word. Being firm in that sense, keeping the values you and your allies have—that is what is important. These aren’t signs of sentimentality, but sources of strength.” Indeed, in response to questions from Griffin about the U.S. response to Russian cyber-attacks, Carter stated, “I don’t think we’ve done enough. I’m a ‘push back’ sort of guy, and if you don’t push back with someone like Vladimir Putin, it gets worse.”

Doing that is the issue of our time, and it is an issue of our defense. It’s up to us to make the good of these technologies win out over the bad. We need government regulation and industry self-regulation, but we also need individual moral behavior.
Ash Carter, after saying that the U.S. military will never use truly autonomous weapons, comments on whether trustworthy AI systems can even be built

The 2019 Global Order Colloquium was made possible by the generous support of Carnegie Corporation of New York; The Elliott and Harriet Goldstein Private Foundation and Jesse Friedlander; and Paritosh V. Thakore (W’86) and Hemal Mirani (G’97, WG’97).