Human rights are at the forefront of international policymaking, with a wide range of potential career options to pursue. From refugee policy to women’s rights, human rights advocacy and enforcement provide a variety of issue areas, vocations, and geographic contexts for interested students. Alongside human rights, others interested in improving lives around the world pursue careers in international development, from economic and social rights to sustainable agriculture and food security. Each of these fields has a variety of entry points and types of employment, ranging from grassroots organizing to United Nations diplomacy, and positions with activists and advocacy groups, direct service non-profits, government agencies, foundations, and the private sector.

Join us on Monday, October 18 to learn more about careers in human rights and international development from a panel of experts drawn from all over the world: Stephanie Hermann, an international human rights lawyer at Perseus Strategies, a human rights law firm; Shaden Khallaf, Senior Policy Advisor to the UN High Commissioner for Refugees for the Middle East and Africa; Elizabeth Yee, Chief of Staff and Executive Vice President of Program Strategy at the Rockefeller Foundation; and Malika Saada Saar, YouTube’s Senior Counsel on Civil and Human Rights. LaShawn Jefferson, PWH’s deputy director, formerly of Human Rights Watch and the Ford Foundation, will moderate this wide-ranging and insightful conversation.

This event is run in partnership with the University of Pennsylvania’s Graduate Certificate in Interdisciplinary Studies in Global Human Rights and the Pi Sigma Alpha Political Science Honor Society. Please note that this in-person event is only for current members of the Penn community (students, faculty, and staff), and attendees will need to wear a mask and show their Green PennOpen Pass. 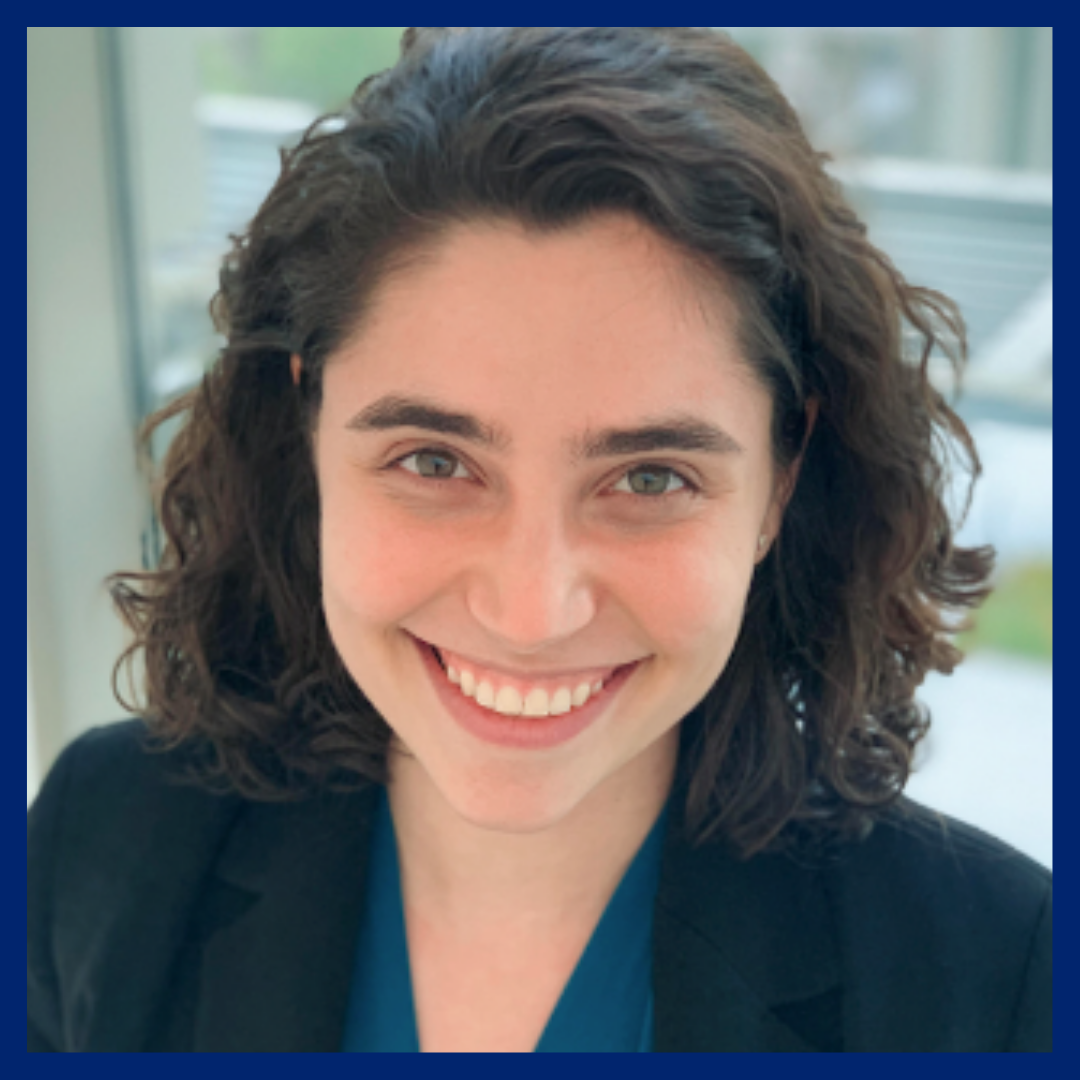 Stephanie Herrmann is an international human rights lawyer at Perseus Strategies, a human rights law firm known for representing political prisoners at the United Nations. She currently leads the international legal team representing Sultana Khaya before the U.N. Working Group on Arbitrary Detention. Previously, Stephanie served as an advocate at the Anti-Torture Initiative, as a law clerk with both the ACLU’s National Prison Project and the Southern Poverty Law Center, and as Perry World House’s inaugural Research Fellow. Stephanie is a member of Penn’s Class of 2016, where she majored in International Relations and the Graduate Certificate in Global Human Rights. She received her Masters’ degree from the London School of Economics ('18) and received her J.D. from the American University Washington College of Law where she was a Kovler Scholar ('21). 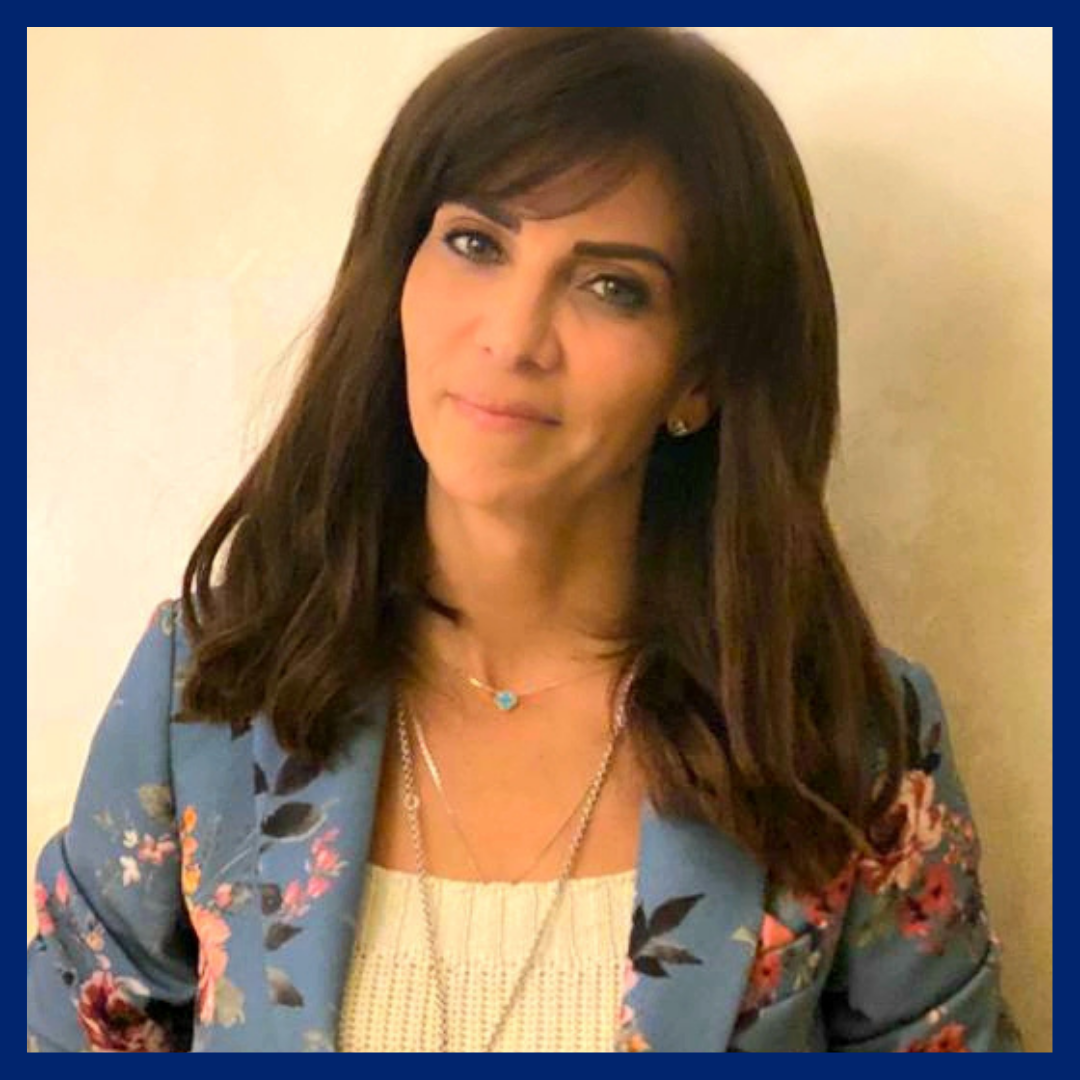 Shaden Khallaf is an international expert in humanitarian and development affairs, with extensive expertise in multilateral cooperation. As Senior Policy Advisor at the United Nations High Commissioner for Refugees (UNHCR), she leads regional policy analysis and partnership design in complex displacement situations. Khallaf lectured at the School of Global Affairs and Public Policy (GAPP) of the American University in Cairo, and at the Center for Strategic Studies at the University of Jordan. She has also been a fellow at the Graduate Institute of International and Development Studies in Geneva. Khallaf was awarded as a “Women of Egypt Hero,” and selected among “100 AUC Alumni of the Century,” and among “365 Inspiring Arab Women” in 2020. 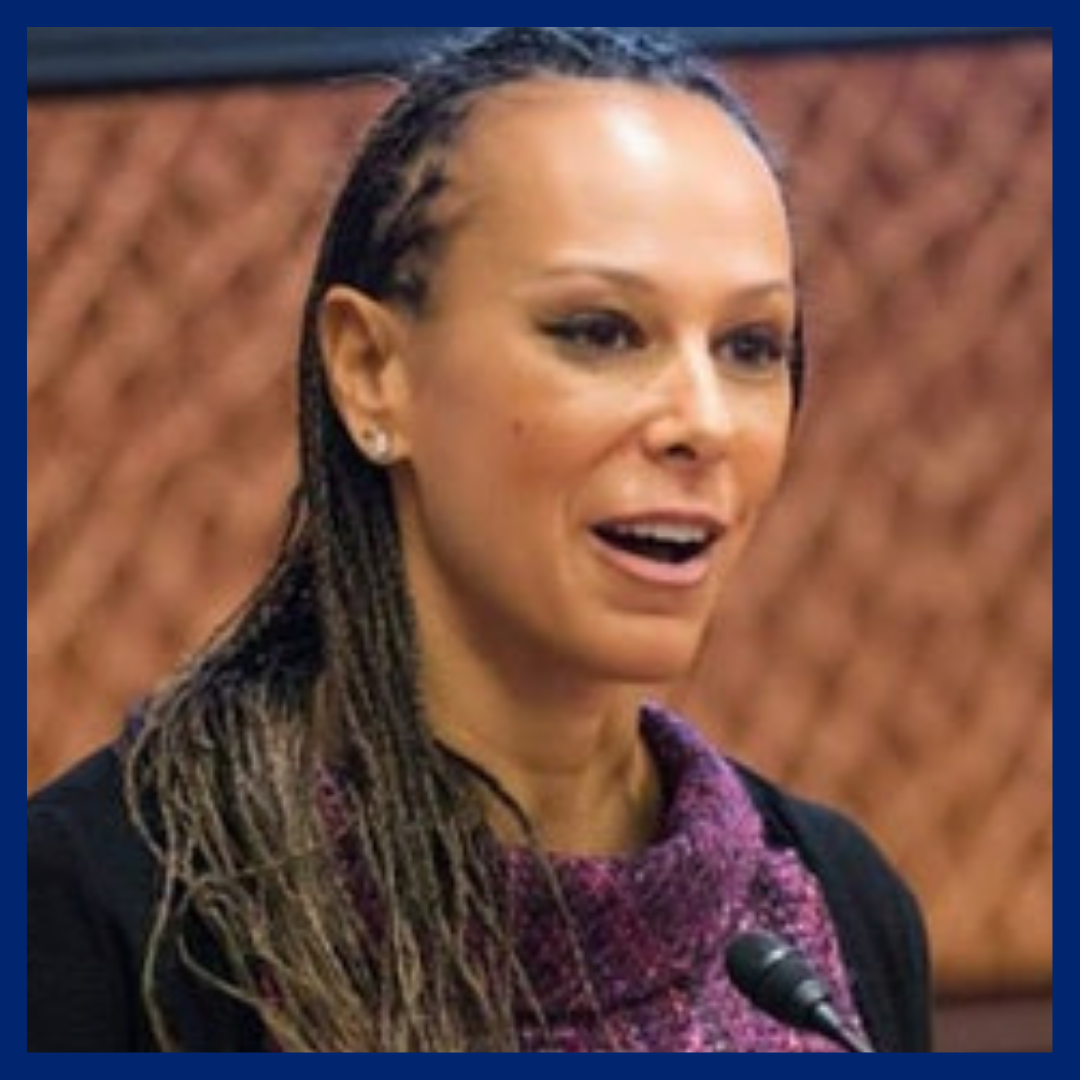 Malika Saada Saar is YouTube’s Senior Counsel on Civil and Human Rights. Before joining YouTube, Malika was founder and Executive Director of the Human Rights Project for Girls (Rights4Girls), a human rights organization focused on gender-based violence against young women and girls in the U.S. She also served as Special Counsel on Human Rights at The Raben Group. As a human rights lawyer and advocate, Malika led the effort to shut down Craigslist sex ads that served as the leading site for the trafficking of children for sex, ended the federal practice of shackling pregnant mothers behind bars in U.S. prisons, and successfully advocated for millions in federal funding for treatment services for at-risk families. Ms. Saada Saar holds a B.A. from Brown University, M.A. in Education from Stanford University, and a J.D. from Georgetown University Law Center. 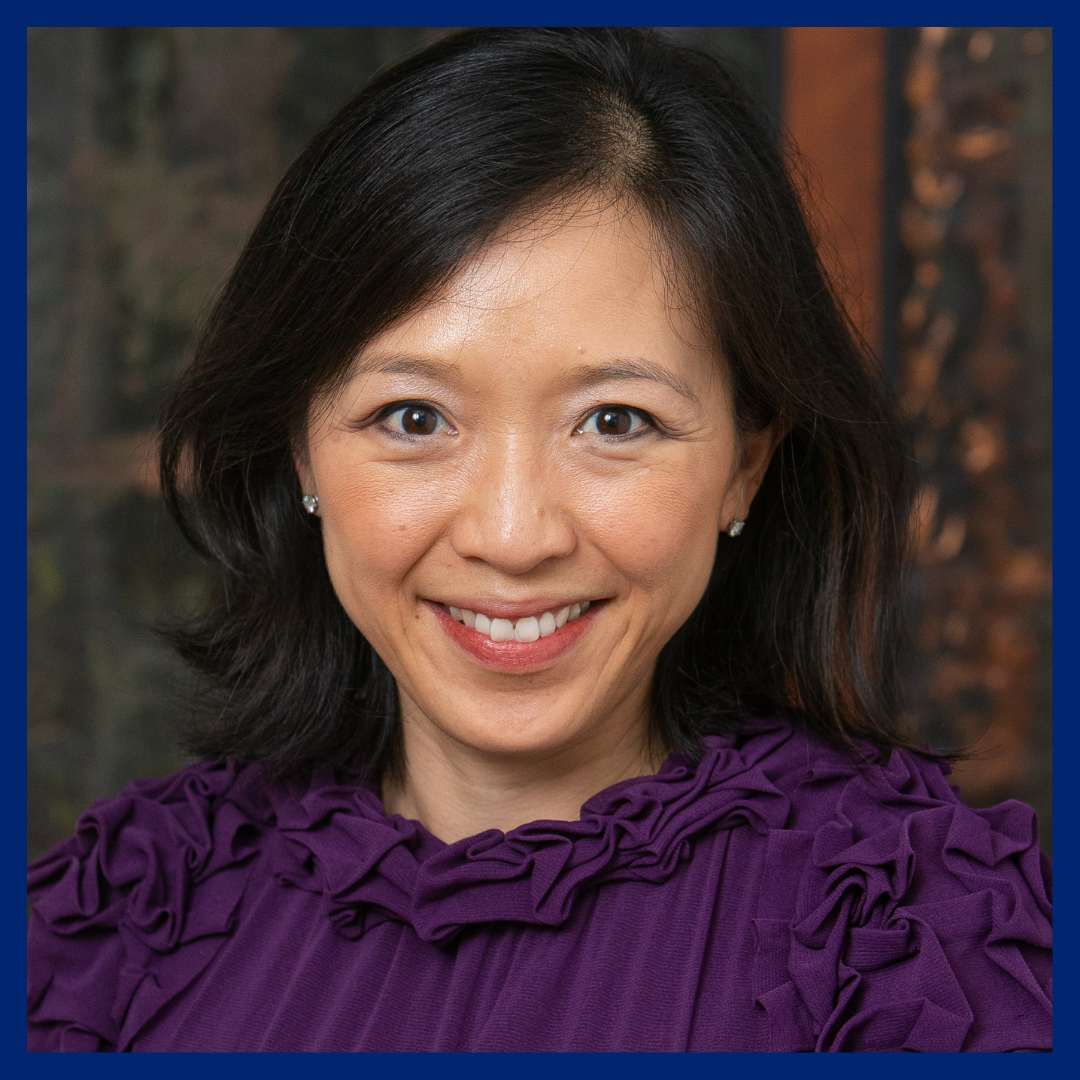 Elizabeth Yee is the Executive Vice President, Program Strategy and Chief of Staff at The Rockefeller Foundation. She oversees The Foundation’s portfolio of global programs, leading the advancement of The Foundation’s strategic priorities. Yee also serves as a strategic advisor to The Foundation’s President, Dr. Rajiv Shah. She joined The Rockefeller Foundation in 2019 as Managing Director, Climate and Resilience. In 2015, Yee joined 100 Resilient Cities, a project sponsored by The Rockefeller Foundation where she held various leadership roles, including Vice President, Strategic Partnerships, Vice President, City Solutions, and Vice President, Resilience Finance. Prior to her leadership roles at 100 Resilient Cities, Yee co-led the Public Power and Utilities practice at Barclays Capital. During her seventeen years working in the capital markets at Morgan Stanley, Lehman Brothers, and Barclays, she and her team developed, structured, and executed over $30 billion of infrastructure transactions. She has worked on finance solutions that included tax-equity flip structures, commodities and interest rate hedges, catastrophe bonds, and pension financing solutions. Yee is a two-time “Bond Buyer Deal of the Year” awardee for her team’s innovative approaches in structured finance. She is a graduate of the University of Pennsylvania and lives in New York City with her husband, two children and dog. 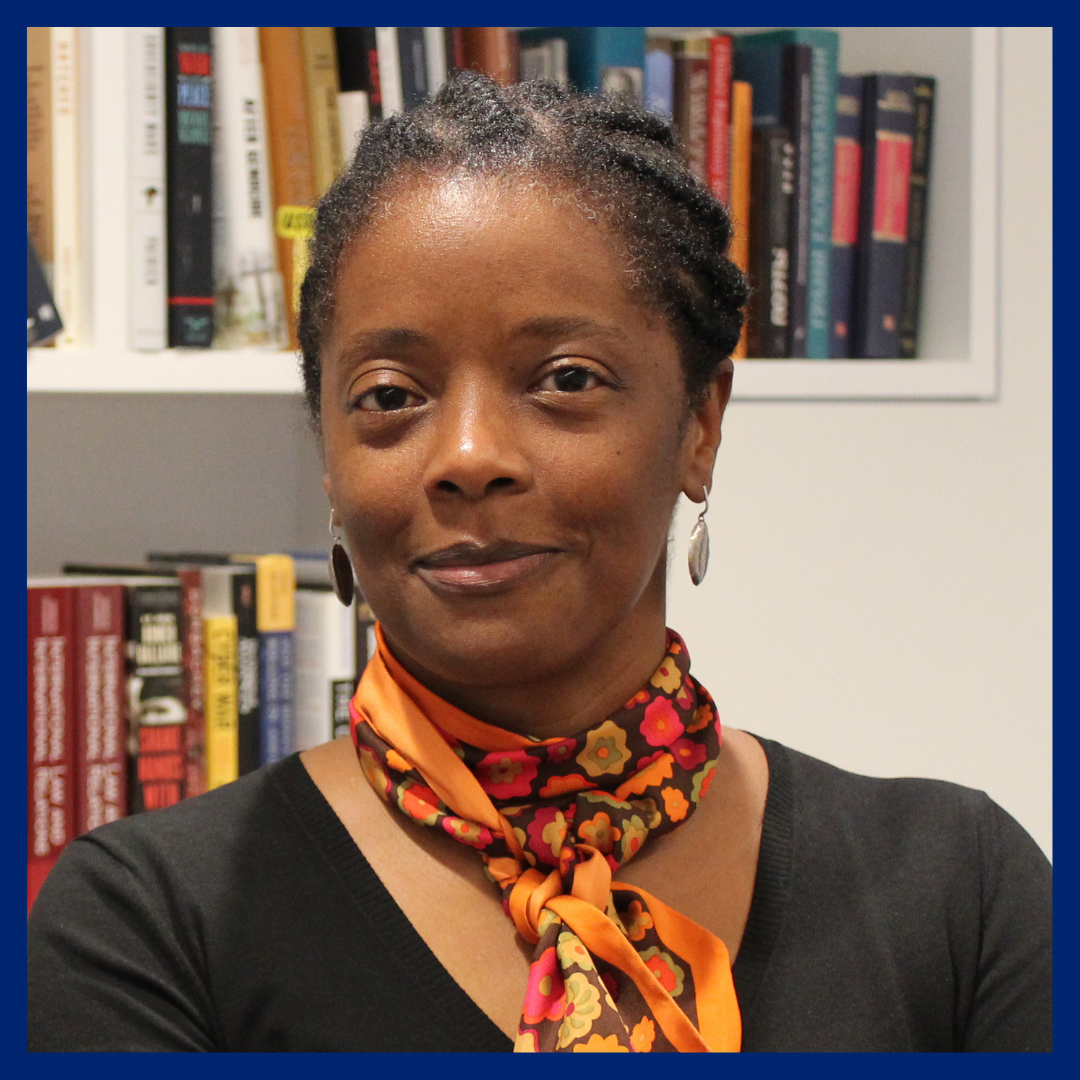 LaShawn Jefferson is Perry World House’s Deputy Director. She brings to Perry World House over two decades of legal and policy advocacy, strategic planning and communications, and research and writing on women’s international human rights through civil-society organizations and philanthropy. She joined Perry World House after almost seven years at the Ford Foundation, where she worked to advance women’s human rights globally and in the U.S. through field building and investments in the areas of rights advocacy; strategic communications and engagement; intersectional leadership and analysis; research; and capacity building. For fourteen years, she also held several leadership positions at Human Rights Watch, a global human rights organization, where she led their women’s rights research and advocacy work, providing strategic and intellectual guidance to the work on women’s international human rights, crafting and executing long-term advocacy strategies, and representing HRW at the highest level of national and international fora. She is the author of many reports on a variety of issues confronting women around the world, and has written op-eds and articles that have appeared in the Wall Street Journal and The International Herald Tribune. She received a B.A. from Connecticut College and an M.A. in International Relations and Latin American Studies from Johns Hopkins SAIS.